'We are ready to seek to conclude negotiations with the United States by the end of 2016 provided that the substance is right,' EU's top negotiator says 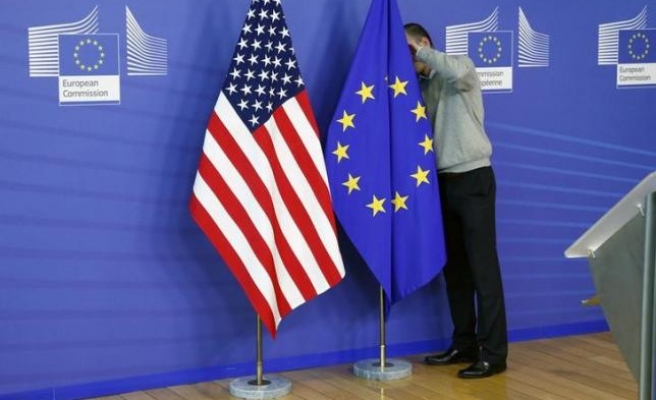 Negotiators on a huge EU-US trade treaty claimed Friday they were making progress towards reaching an accord by the end of the year as they completed the latest round of talks.

The Transatlantic Trade and Investment Partnership (TTIP), under negotiation since July 2013, would create the world's biggest free trade zone, removing tariffs and harmonising regulation between the Europe Union and the United States.

"We are ready to seek to conclude negotiations with the United States by the end of 2016 provided that the substance is right," the EU's top negotiator Ignacio Garcia Bercero told a news briefing.

"We must ensure to pick up the pace ... to get this agreement right," he said.

Negotiators for the first time discussed a divisive proposal to create an investment protection system that would allow companies to sue governments when they believe their interests have been harmed.

"It is very important to give investors the assurance that their investments will be protected against appropriation, against discrimination," said Dan Mullaney, the chief US negotiator.

But this idea has drawn fierce criticism in Europe, especially in powerful Germany.

The European Commission, which handles trade talks for the EU's 28 member states, is offering the US an alternative proposal that would involve setting up a special court to handle such disputes in what Brussels says would be a more transparent way.

Mullaney said the US teams would take time to appraise the idea but noted that both sides hope TTIP will become a model for trade practices around the world.

Opponents say TTIP is undemocratic and would lead to reckless deregulation at the expense of ordinary citizens once the deal is done.

The two sides aim to conclude TTIP this year, before the end of US President Barack Obama's administration.

Mullaney said two more rounds of negotiations were now planned in order to reach an "advanced stage" in the talks by July, with only the toughest issues, such as farming and public procurement, still on the table.

President Obama travels to Germany in April to discuss the deal with German Chancellor Angela Merkel.

A raft of thorny issues have dogged the talks, in particular European fears about accepting genetically modified crops from America and concerns about limits on personal data-sharing by global Internet firms.

"If the European Commission does not sufficiently protect our citizens, we will plead that our group vote against the final deal," said Eric Andrieu, a senior MEP from the European Parliament's socialist group.

This week's talks in Brussels were the 12th round of the TTIP negotiations.