US general claims terrorists flow to Europe among refugees 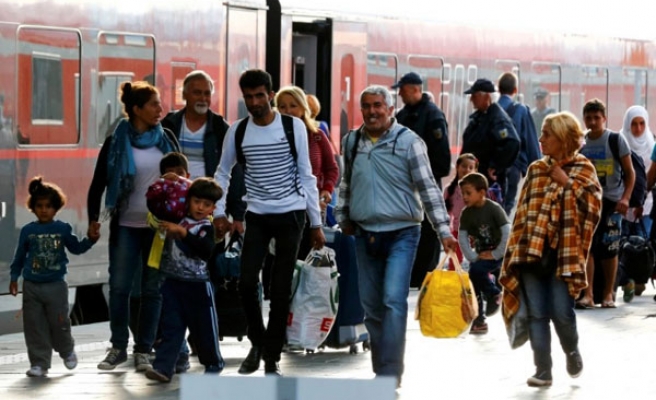 Terrorists, criminals and returning foreign fighters are part of the refugee flow into Europe, the top NATO commander in Europe said Tuesday.

Breedlove said that the refugee flow is "masking the movement" of destabilizing elements.

“There is a concern that criminals, terrorists, foreign fighters and other extremist organizations will recruit from the primarily Muslim populations arriving in Europe,” he said. “I think that every refugee flow needs to be looked at with an eye towards it could be taken advantage of by those who would seek to do us harm.”

He underscored that the refugee influx in Europe has a “multi-façade” impact on the continent, adding that besides infiltration of terrorists, criminals and returning foreign fighters, the refugee crisis is also bringing about economic challenges and “strains on the social fabric” of the continent.

“There is no understandable method by which you deliver a barrel bomb that reaches military utility.

"Barrel bombs are designed to terrorize, get people out of their homes and get them on the road and make them someone else’s problem," he said.

Noting that Russia has also exacerbated the situation in Syria, Breedlove also said Moscow is scheduled invest militarily to carry out its geopolitical aspirations.

He suggested the U.S. should not take “any tools off the plate” because of what he see as Moscow threatening American interests and allies.