US invasion worse than Saddam for Iraq: UN ex-inspector

Former U.N. weapons inspector Blix warned U.S. and UK before the 2003 invasion of Iraq that t no evidence was found on banned weapons, he said. 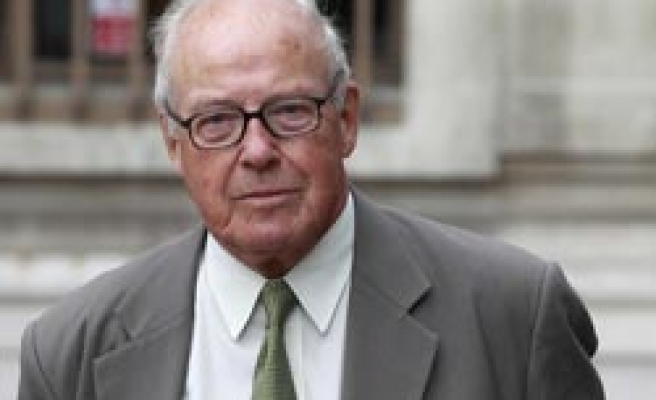 Former U.N. weapons inspector Hans Blix warned Washington and London in the weeks before the 2003 invasion of Iraq that they found no evidence Iraq had banned weapons, he said on Tuesday.

He told a British inquiry Iraq was not a threat in 2003, and that years of anarchy triggered by the invasion may be worse than the tyranny of Iraqi dictator Saddam Hussein.

"The interesting thing, was Iraq a danger in 2003? They were not a danger. They were practically prostrate .... What they got instead was a long period of anarchy. And one conclusion I would try to draw is that anarchy can be worse than tyranny," he said.

The United States and Britain argued that Saddam had chemical, biological and nuclear weapons and needed to be disarmed, Reuters said. After the invasion no banned weapons were found. Years of fighting by anti-US groups and also sectarian bloodshed ensued.

Blix's comments added weight to negative appraisals given by other senior figures at the inquiry which has raised tough questions about the decision by then U.S. President George W. Bush and then British Prime Minister Tony Blair to invade.

Blix, who has long been an outspoken opponent of the decision to invade, told the inquiry that Washington was "high" on military power, and the U.S. military timetable was "out of sync" with the diplomatic timetable, which would have given his team more time to carry out inspections.

"I said the same thing to Condoleezza Rice .... I certainly gave some warning that things had changed," Blix said, referring to the U.S. Secretary of State at the time of the invasion.

The Blair government became a "prisoner" of a US policy heading towards war in 2003, Blinx also told the Iraq inquiry today .

"The UK was wedded to the UN route but eventually became prisoner of the American train."

Both Britain and the US should have realised "their sources were poor" when his inspectors found nothing in Iraq, Hans Blix said.

He told inquiry his group's failure to find any WMDs should have caused Washington and London to set alarm bells ringing on their alleged "intelligence".

Blix said it was his "firm view" that the invasion of Iraq was illegal, adding: "I think the vast majority of international lawyers feel that way." Lord Goldsmith, Tony Blair's attorney general, had "wriggled" before he finally provided the legal authority for British troops to invade, Blix said. "He was not quite sure it would have stood an international tribunal. Nevertheless, he gave the green light to it."

Blix had criticised Iraq before the invasion for not being transparent about its weapons programmes, but his reports fell short of giving Bush and Blair evidence about any banned weapons.

The United States and Britain tried to persuade the U.N. Security Council to endorse their decision to invade Iraq, but when the council failed to pass a new resolution, they invaded anyway, arguing earlier resolutions justified the assault.

"When she (Rice) said that the military action was simply upholding the authority of the (U.N.) Security Council, it strikes me as totally absurd," Blix said.

Blair's successor Gordon Brown set up an inquiry last year, chaired by former civil servant John Chilcot, to learn lessons from the war. Blair and Brown's Labour Party, in power since 1997, was defeated in an election in May this year.

Blair has been criticised at home for committing Britain to the invasion, which was unpopular with the British public, including among leading figures within his left-leaning Labour Party. British troops have since withdrawn.

The inquiry is expected to conclude at the end of this year.