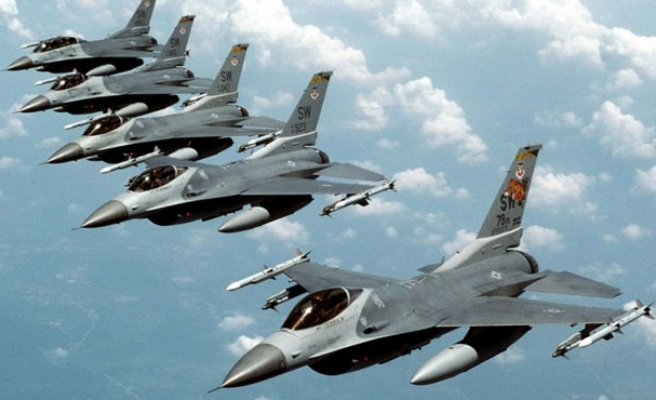 The U.S.-led coalition fighting ISIS could need up to two years to expel the militant group from Iraq whose own forces are still months away from launching proper combat operations, Britain's foreign minister warned on Thursday.

Speaking before he hosted a meeting of 21 coalition members in London, Foreign Secretary Philip Hammond said the task of pushing ISIS back in Iraq would be slow and that Iraqi forces were getting better but were still some way off from being able to launch a major ground offensive.

"This isn't going to be done in three months or six months. It's going to take a year, two years to push ISIL (ISIS) back out of Iraq but we are doing the things that need to be done in order to turn the tide," Hammond told Sky News.

Thursday's meeting, attended by U.S. Secretary of State John Kerry and Iraqi Prime Minister Haider al-Abadi, will examine ways of intensifying the campaign against ISIS in Syria, Iraq and elsewhere by doing more militarily, more to cut off the group's finances, and more to stem the flow of foreign fighters.

Abadi, who will tell delegates how his government's fight against ISIS is progressing, met British Prime Minister David Cameron beforehand.

Cameron told him Britain was ready to do more.

"The threat from extremist terror you face in Iraq is also a threat we face here in the United Kingdom," he said. "We will do everything we can to help stop foreign fighters coming to your country and creating the mayhem we see today."

The meeting is taking place a day after Kurdish forces in northern Iraq said they had cleared ISIS insurgents from nearly 500 sq km of territory and broken a key ISIS supply line between the city of Mosul and strongholds to the west near Syria.

Abadi wants more training and equipment for the regular Iraqi army beyond the air strikes which the coalition is already conducting to push back ISIS.

Hammond praised Iraqi forces, saying the coalition was helping rebuild them so they could launch a sustained ground offensive against ISIS. But he warned it was a long process and that he couldn't say if such an offensive would be launched in the spring, summer or autumn.

"It will be months yet before they are ready to start significant combat operations," Hammond told BBC Radio.