US pledges another $20 million for refugee aid in Europe

A 20 million dollar aid donation will be provided for refugees and distributed to the UN, the Red Cross, IFRC and UN population fund 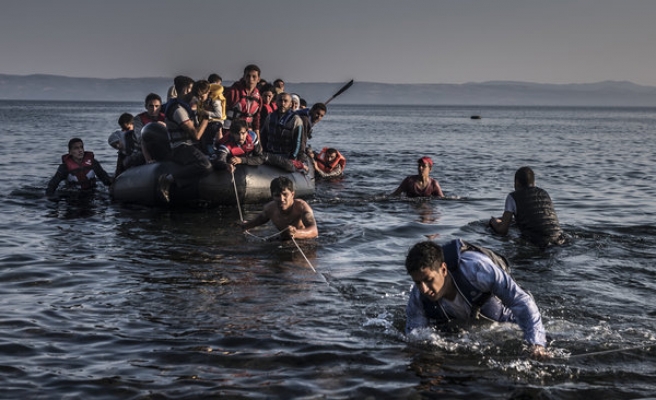 The United States will provide an additional $20 million (18 million euros) in aid for refugees in Europe, a senior US official said Monday.

Heather Higginbottom, US deputy secretary of state for management and resources, said this brings Washington's total commitment to Europe's migration crisis to $43.6 million since last year.

Most of the funds -- $17.5 million -- will be given to the UN refugee agency, Higginbottom said during a visit to Lesbos, the island that has experienced most of the refugee arrivals registered in Greece since 2015, where there are over 2000 refugees and migrants according to the Greek government.

The rest of the funds will be shared out between the International Federation of Red Cross and Red Crescent Societies (IFRC) and the UN population fund, she said.

Dozens of migrants awaiting repatriation from Greece held a protest on Monday at the registration hotspot of Moria prior to the US official's visit.

Standing behind wire fencing and under sizeable police guard, the migrants shouted "Freedom" and "Where are human rights?".

"Syrians and Iraqis are angry, they are saying that they did not come all this way to be deported," said Nolan Hussein, a 20-year-old from Pakistan.

"They have no information, only a piece of paper saying they are under detention," said Hussein, adding that owing to overcrowding at the camp, he shares a room with nine people.

Higginbottom was also in Greece for a closer look at the implementation of a March 18 deal between the European Union and Turkey to limit migration flows to the continent.

Arrivals fell this week, and Greek authorities have used the relative calm to put in place logistics to send people back to Turkey, including the deployment of 4,000 security personnel and asylum experts.

All new arrivals in Greece are being taken to registration centres set up on five Aegean islands. Those seeking asylum will stay there while their applications are considered by Greek and European officials.

Greece's police minister Nikos Toskas denied Monday that there were 50,000 people "trapped" in the country due to the closure of Balkan borders further north.

"Relocation...procedures might have been delayed but I believe they will begin soon and therefore I do not believe they are trapped (here)," Toskas told Real FM radio.