US troops, British planes deployed to Baltics over Ukraine

A total of 600 U.S. troops have now been deployed to Poland and the Baltics for infantry exercises, where they are expected to remain on rotation until the end of the year. 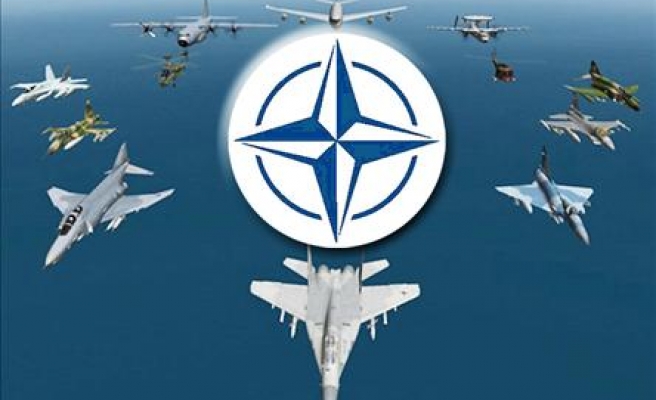 The last deployment of U.S. troops arrived in the Baltics with four British fighter jets on Monday as NATO steps up efforts to reassure its allies in the face of Russian tensions with the West over Ukraine.

Four British Royal Air Force Typhoon fighter jets landed in Siauliai airbase in northern Lithuania, the first of 12 fighters that will boost air patrols in the Baltics, and 150 U.S. troops were deployed to the Amari air base in Estonia.

The three Baltic states of Estonia, Latvia and Lithuania have small military forces and have been warily watching Russia reasserting itself in its former dominions.

A total of 600 U.S. troops have now been deployed to Poland and the Baltics for infantry exercises, where they are expected to remain on rotation until the end of the year.

"Clearly we are here to reassure our Baltic allies that we are able to protect their airspace, should it be needed," RAF commanding officer Simon Hulme told reporters in Siauliai, standing in front one of the Typhoons.

Siauliai airport, a major military base in Soviet times, lacks modern infrastructure, so the UK squadron will be housed in temporary hangars built on the tarmac. Mission headquarters are housed in a block of metal containers clustered nearby.

Two of the four hangars were half-completed on Monday.

The Baltic states have been members of NATO since 2004, but foreign troops have not had a permanent presence before, partly to avoid antagonising Russia.

NATO prepared plans for a defence if the Baltic region first in 2010, after Russia invaded Georgia, according to U.S. diplomatic cables leaked by the whistle-blowing website Wikileaks.