U.S. will allow just 'days' for implementation of Geneva deal

The United States and European Union have held out the threat of further sanctions on Russia if it does not implement the Geneva agreement. 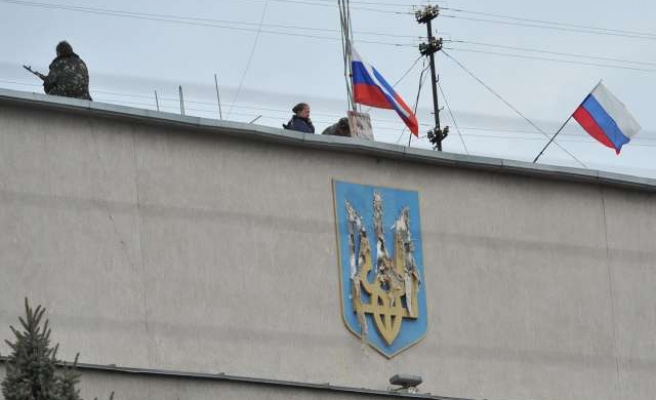 Russia has not fulfilled its part of an international agreement to defuse tension in Ukraine and Washington will only wait "days" more for the accord to be implemented, a senior U.S. official said on Wednesday.

"Russia has not taken the steps that it needs to take" under the agreement reached in Geneva last week, Daniel Baer, the U.S. Ambassador to the Organization for Security and Cooperation in Europe (OSCE), said.

Under the deal, the European Union, Russia, Ukraine and the United States agreed that illegal armed groups in Ukraine would go home in a process to be overseen by Europe's OSCE security watchdog.

But no sooner had the accord been signed than both sides accused the other of breaking it, while the pro-Moscow rebels disavowed the pledge to withdraw from occupied buildings.

Baer said the solution was for Russia to act.

"If failure happens, it will be because Russia has failed to stop its negative, destructive actions and to move to a constructive path," he said, speaking at a Brussels event organised by the German Marshall Fund think-tank.

Asked how long the United States would allow to see if the Geneva accord could be implemented, Baer told reporters at a separate event that he did not want to give a deadline but "we are talking days here".

The United States and European Union have held out the threat of further sanctions on Russia if it does not implement the Geneva agreement.

Russian Foreign Minister Sergei Lavrov earlier accused the United States of being behind the political upheaval in Ukraine and said Moscow would respond if its interests came under attack.

Baer said the United States had suggested that President Vladimir Putin or other senior Russian officials could make public statements saying Moscow did not support the illegal armed takeover of municipal buildings.

The U.S. Ambassador to NATO, Douglas Lute, speaking at the same think-tank event, said that incursions by Russian aircraft into Baltic air space had fallen to zero since NATO reinforced fighter patrols over the Baltic countries following Russia's annexation of Ukraine's Crimea region.