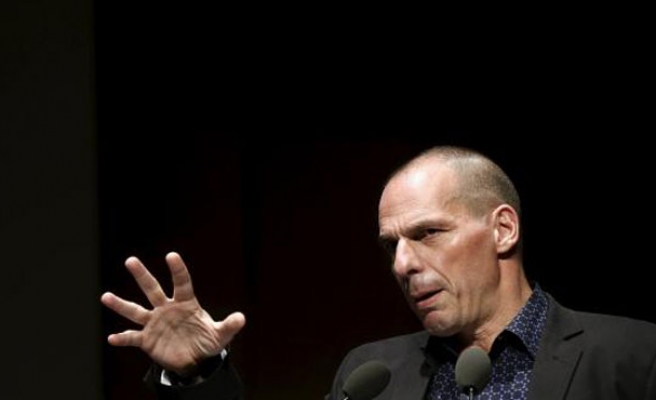 Greek Finance Minister Yanis Varoufakis told the press on Tuesday that his government would sue the European Commission for the imposition of capital controls on banks, and against an eventual expulsion from the euro system.

Varoufakis said Greece would seek an injunction in the European Court of Justice to end capital controls and to block any attempt to expel Greece from the euro system.

"The Greek government will make use of all our legal rights," Varoufakis warned.

"We are taking advice and will certainly consider an injunction at the European Court of Justice. The EU treaties make no provision for euro exit and we refuse to accept it. Our membership is not negotiable," he said.

The warning came after European Commission President Jean-Claude Juncker threatened Greece with expulsion from both the euro and the European Union on Monday. In an emotional speech, Juncker said that a 'no' vote in the referendum would mean that Greece did not intend to remain part of the trade bloc.

Before that, late on Monday, Prime Minister Alexis Tsipras told Greeks in a televised speech that his government would not survive a 'yes' vote in the bailout referendum to be held on Sunday.

"If the people vote 'yes,' then the referendum outcome will be completely respected but I will not serve it," Tsipras said. "I'm not an all weather prime minister. I will respect the verdict and prepare the ground as outlined by the constitution and the parliament."

As of Tuesday morning, Greece had not yet made the €1.6 billion ($1.8 billion) payment due to the Internatonal Monetary Fund on this date. This puts Greece into formal default, and makes it ineligible for further aid from the IMF.

The Greek people seem to be divided into two camps: The pro euro camp which will vote 'yes' to the bailout, and the “no” camp which has simply had enough of the EU.

Efi Dima a businesswoman said: “This government had six months to negotiate and hold a referendum in February or March to prove their democratic argument. Calling a referendum after the expiration of the program, with the banks closed, with capital control restrictions, with all the elderly queuing in front of ATM's to get their €60 per day, in the middle of the tourist season and with the market totally collapsing, I am sorry, but this is not an act of democracy, it is an act of high bluff or pure stupidity. I hope the consequences will not be fatal.”

Giannis Stavrakis, a shop owner who waited 45 minutes on line in front of an ATM, agreed.

“A week ago they said we shouldn’t worry about the banks and that they would remain open...look at us now,” he complained. Stavrakis said he was worried about his business, which is now facing huge problems as he can’t pay for his orders.

A 67-year-old pensioner who wanted to keep her anonymity, took a different view, blaming the EU. She said that further cuts in the pension would not bring any improvement to the country, “They want to totally belittle us...is that what they want to do? She shouted out that she would vote 'no.'

Greeks may soon have trouble buying medicines at the pharmacy. Pharmaceutical companies have expressed concern about making further shipments to the country that they fear will not be paid for.