Giorgio Orsoni was arrested last week on accusations of receiving 560,000 euros in illicit political financing from the consortium responsible for the flood barrier. 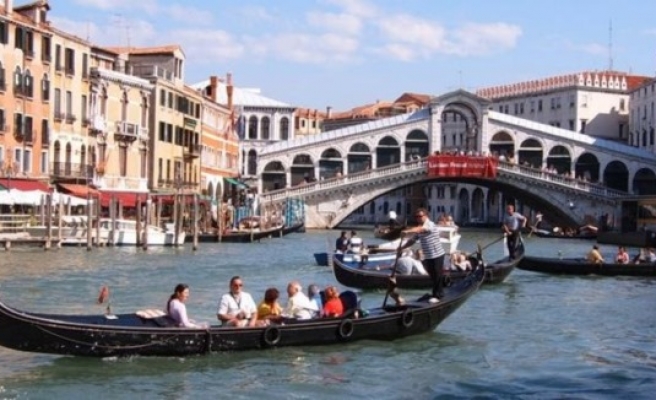 The centre-left mayor of Venice resigned on Friday over a corruption scandal linked to the construction of the city's flood barrier that has embarrassed the government of Prime Minister Matteo Renzi.

Giorgio Orsoni, a university professor who represented Renzi's Democratic Party (PD) at his election in 2010, was arrested last week on accusations of receiving 560,000 euros ($762,400) in illicit political financing from the consortium responsible for the flood barrier.

Orsoni told reporters his whole local government team would be resigning, paving the way for new elections in the city. He said he was stepping down "with great sadness, convinced I have always operated in the interests of Venice and its citizens."

Orsoni, who said the PD handled the financing of his campaign, was released from house arrest on Thursday after agreeing to a four-month sentence and a 15,000 euro fine in a plea bargain.

He is highly unlikely to serve any jail time due to his clean previous record and the type of crime involved, and he initially indicated he would carry on in his post.

However, his position became untenable on Friday when close aides of Renzi, including the PD's deputy leader Debora Serracchiani, called on him to step down.

Orsoni's role was only one aspect of the scandal involving alleged kickbacks connected with the 5 billion-euro ($6.8 billion) flood barrier, a huge series of mobile barriers designed to protect Venice from rising tides.

Thirty-five warrants or requests for arrest proceedings were issued, targeting politicians across the political spectrum, and dozens more people were placed under investigation.

Political corruption has dominated headlines in Italy since early May, when seven managers and ex-members of parliament were arrested for alleged attempts to influence public tenders connected with Milan's Expo 2015 trade fair.

Italy ranks 69 out of 177 countries in Transparency International's corruption index, below most European and developed countries.

Renzi has come under pressure to take a harder line against PD politicians accused of graft and on Friday the cabinet is due to pass a decree to increase the powers of anti-corruption commissioner Raffaele Cantone, appointed by Renzi in March.

A package of anti-corruption measures passed by former Prime Minister Mario Monti in 2012 after a year-long passage through parliament has proved largely ineffective.