Friday's polls, which Tbilisi says were illegitimate, were called after President Sergei Bagapsh died in May. 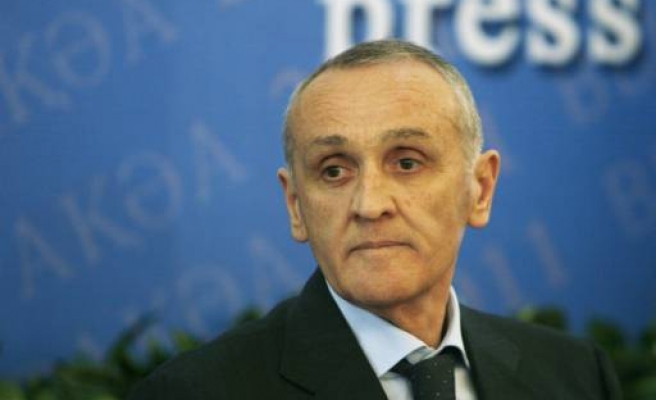 The vice president of Abkhazia, Alexander Ankvab, won the presidential race in the breakaway Georgian region on Saturday, a victory that is likely to keep the territory in Russia's sphere of influence.Friday's polls, which Tbilisi says were illegitimate, were called after President Sergei Bagapsh died in May.

According to the Central Election Commission, Ankvab won 54.86 percent of the votes. The runners-up were Prime Minister Sergei Shamba and former KGB agent Raul Khadzhimba, the most vociferous critics of Abkhazia's growing dependence on Russia.

Analysts had expected Ankvab, a former Soviet apparatchik and Moscow businessman, to win the election in the region of 200,000 on the Black sea coast.

Moscow recognised the statehood of Abkhazia and another Georgian rebel territory, South Ossetia, after a brief war in August 2008, when Russian forces thwarted Tbilisi's military attack on South Ossetia and pushed deep into Georgia.

Venezuela, Nicaragua and the tiny Pacific island of Nauru followed suit in recognising Abkhazia, but the rest of the world considers both territories part of pro-Western Georgia.

Like South Ossetia, Abkhazia threw off Georgian rule in wars in the early 1990s after the collapse of the Soviet Union.