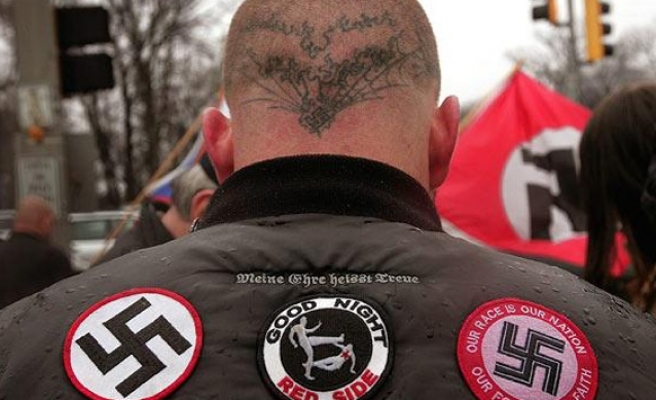 A tendency toward using violence is continuing to grow among far-right extremists in Germany, according to a study by the Friedrich Ebert Foundation.

Almost 29 percent of right-wing extremists surveyed said that they are ready to use violence, including physically, if they would feel it necessary to protect their interests, according to the German political foundation aimed at promoting democracy and political education.

The figures show an increase on the 21.5 percent of right-wing extremists who expressed a tendency toward violence in a similar survey carried out in 2006.

The foundation's biannual survey, "The Fragile Middle", analyzes right-wing attitudes in German society, focusing on support for authoritarian dictatorship, anti-Semitism, approval of chauvinism and the trivialization of National Socialism.

The researchers of the Bielefeld University’s Institute for Interdisciplinary Research on Conflict and Violence, who conducted the research for foundation, concluded that right-wing attitudes have been on the decline in Germany compared with 2012, but were still on a considerable extent.

They stressed that while a general decline in right-wing attitudes is evident, the radicalization within the far-right demands attention.

A total of 12.1 percent of those surveyed expressed support for chauvinist views, while 1.8 percent expressed views that praised National Socialism.

Those who favored anti-Semitic attitudes increased from 8.5 percent in July to 14.1 percent in September.

A total of 31.5 percent of those surveyed said that they “sometimes feel like a foreigner in their own country due to so many Muslims living here," while 18.2 percent of Germans expressed support for the prohibition of immigration of Muslims to Germany.

The research team made telephone interviews with 1,915 citizens aged between 16 and 95, a representative group reflecting the demographic composition of the German population.

The research was conducted between June and September.