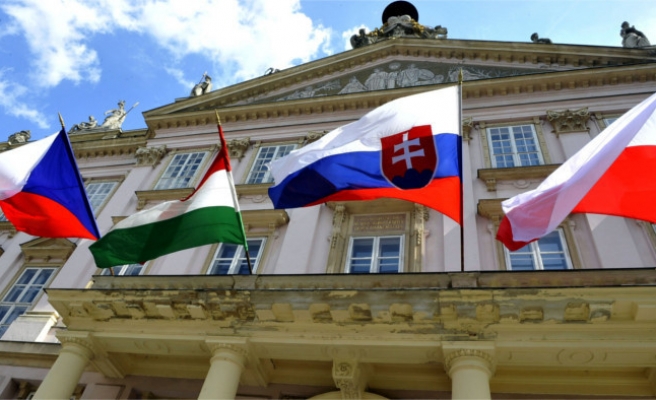 The terms of Britain’s renegotiation of its EU membership is opposed by at least four east European member states, U.K. media reported on Wednesday.

The Czech Republic, Hungary, Poland and Slovakia oppose proposals to curb welfare benefits for migrant workers within the EU, according to The Times newspaper.

The measure to restrict payments to EU migrants in the U.K. is a key demand of Prime Minister David Cameron.

However, many nationals from the four countries, known as the Visegrad Group, migrated to wealthier EU states after joining in 2004 and the Visegrad nations say Cameron’s demands discriminate against their citizens in Britain and other EU states such as Germany.

Their objections, which were raised Tuesday, came ahead of an EU leaders’ summit on Thursday that will decide whether to approve Britain’s terms.

The Times reported Cameron was “very stressed” as he warned that the U.K. risked voting to leave the 28-country bloc in a referendum that could come as early as June.

“If the agreement is rejected there is a real danger the referendum could be lost,” the newspaper quoted an unnamed senior European politician as saying.

Meanwhile, an opinion poll for ITV News found less than half would vote to stay in the EU in a referendum. The ComRes poll found 49 percent of Britons would vote to remain while 41 percent would opt to leave.