'We will never turn away those who need protection' 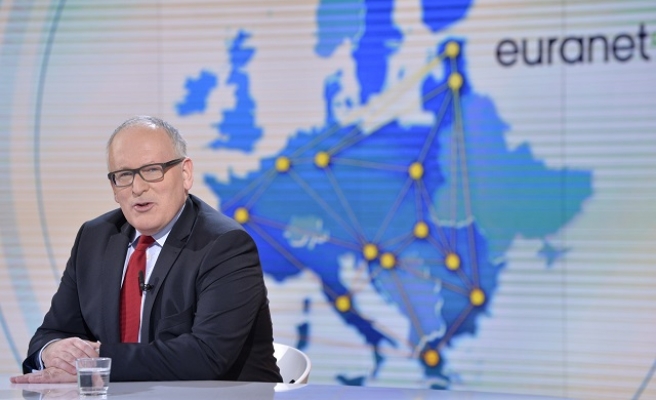 Europe "will never turn away those who need protection," said Frans Timmermans, vice-president of the EU Commission, during a visit to the northern French port of Calais on Monday.

He also said Brussels would provide an additional five million euros ($5.6 million) to help France manage the thousands of migrants and refugees living in squalid conditions around Calais, hoping to reach Britain.

He spoke alongside French Prime Minister Manuel Valls, who said too few EU countries were helping to deal with huge migration flows and raised the issue of deploying border guards at the EU's external frontiers.

"Too many countries are refusing to play their part. It goes against the European spirit and we can't accept it," he said in a speech at the northern French port.

"We have to reflect on the need for European border guards, particularly in crisis zones, because Schengen is not only about abolishing internal borders. It is also the reinforcement of our external borders," he said, referring to the EU's freedom-of-movement area.

The EU's border agency, Frontex, has teams of guards but only uses them for temporary missions.

Valls repeated calls from several leaders who said there should be a common list of "safe" countries, whose citizens will be unable to apply for asylum.

He tried to turn off migrants from coming to Calais, saying that security around the port and Eurotunnel had been "considerably reinforced".

"To come to Calais is to throw yourself into an dead end," he said.

EU interior ministers will meet on September 14 in Brussels to try and "strengthen the European response" to the migration challenge.