Why the Russian annexation of Crimea threatens the West

Russian expansion, which began in the 18th century and reached its peak during the era of the Soviet Union, finally ceased when the empire collapsed and was forced to retreat from large parts of central Asia and eastern Europe. However, as new countries emerged and one by one submitted to the influence of Europe and the US, millions of ethnic Russians living in those regions remained. 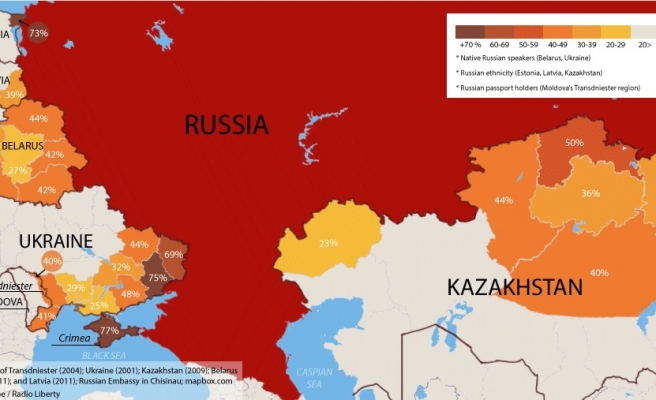 The recent events in Ukraine in which its pro-Russian president Viktor Yanukovich was in February forced out of office following three months of violent pro-EU protests has put Russia and the West on a crash course to what could be the most explosive confrontation since the end of the Cold War in the early 90s.

After Yanukovich fled Kiev, a new parliament emerged in the predominantly ethnic Russian autonomous province of Crimea, which vowed not to recognize the authority of the interim government that took over the power void left behind by the former president.

Completely ignoring the pleas of the native Crimean Tatars, who make up 13% of the Crimea peninsula's population, the new Crimean parliament went ahead with a referendum in mid-March in which the vast majority of those of participated voted to leave Ukraine, instead opting to join Russia.

Russia, which had a naval base in the coastal city of Sevastopol, was more than happy to adopt a new policy to 'protect' ethnic Russians under threat in Ukraine and thus annexed Crimea. In doing so, they wasted no time in guaranteeing the safety of the presence of their naval fleet in the Black Sea.

Now, a similar move is being carried out in mainly ethnic Russian provinces of eastern Ukraine, with pro-Russian militias taking control of Donetsk and threatening to hold a referendum for Russian annexation as the situation looks increasingly likely to turn into a 'gas war' for control of reserves and pipelines.

Russian expansion, which began in the 18th century and reached its peak during the era of the Soviet Union, finally ceased when the empire collapsed and was forced to retreat from large parts of central Asia and eastern Europe. However, as new countries emerged and one by one submitted to the influence of Europe and the US, millions of ethnic Russians living in those regions remained.

Today, as a re-emerging Russia rises up to match what seems to be a weakening US, the presence of these ethnic Russians in eastern Europe is proving to be a threat to the sovereignty of a number of nations, who fear pro-Russian separatists calling on Russia to 'save' them may have their calls responded to.

In addition to Ukraine, Moldova is also worried that its breakaway Transdniester province, which is again mainly Russian, may also seek annexation with Russia. Around a quarter of the populations of Estonia and Latvia are also ethnic Russian. None, however, seem to be more threatened by Russian expansion in eastern Europe than Poland, which has already invited NATO troops to their country to ward off Russia.

Central Asia also has reason to worry, especially Kazakhstan where there are 3.5 million ethnic Russians in the country's north and east. In the Caucasus, Georgia has been feeling particularly bullied after Russian forces helped breakaway provinces South Ossetia and Abkhazia gain their independence from Tbilisi.

Even in the US, there has been a petition in the former Russian territory of Alaska has collected thousands of signatures of residents calling to rejoin the state with its former master and has until April 20 to collect 100,000 signatures.

In this map which was acquired from Radio Free Europe, the extent of Russian influence in eastern Europe and central Asia can be observed.