WikiLeaks cables points out the Russian invasion of Crimea

Now that Russia has sent troops to seize the Crimean Peninsula, some of the diplomatic cables on WikiLeaks illustrate how this situation is not at all unexpected. 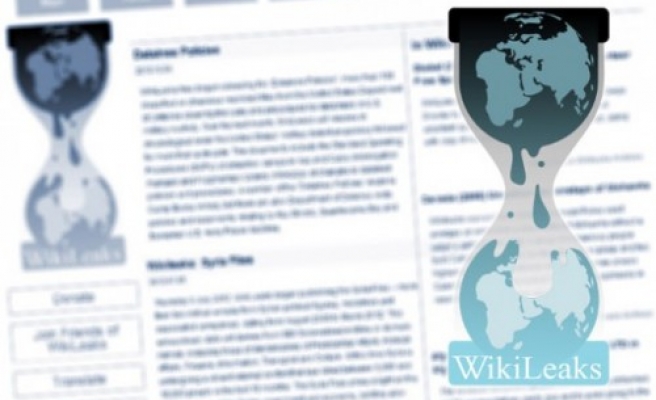 An article by Joshua Keating at Slate states that while events in Crimea seem to have caught the world off guard, the Wikileaks cables contained some now ominous foreshadowing.

A 2006 cable under the name of Kiev Deputy Chief of Mission Sheila Gwaltney, who as it happens is now the highest ranking diplomat at the U.S. embassy in Moscow following the departure of Amb. Michael McFaul, warns of a possible Russian threat to Crimea – Ukraine’s “soft underbelly”:

"Discussions with a wide range of contacts in Crimea November 20-22 and officials in Kyiv discounted recent speculation that a return of pro-Russian separatism in Crimea, which posed a real threat to Ukrainian territorial integrity in 1994-95, could be in the cards.  However, nearly all contended that pro-Russian forces in Crimea, acting with funding and direction from Moscow, have systematically attempted to increase communal tensions in Crimea in the two years since the Orange Revolution.  They have done so by cynically fanning ethnic Russian chauvinism towards Crimean Tatars and ethnic Ukrainians, through manipulation of issues like the status of the Russian language, NATO, and an alleged Tatar threat to "Slavs," in a deliberate effort to destabilize Crimea, weaken Ukraine, and prevent Ukraine's movement west into institutions like NATO and the EU."

The cable notes that “the most active pro-Russian actors highlighted by our contacts were the Russian Society of Crimea and its affiliates, the Russian Bloc political party and the Crimean Cossack Union.” Russian Bloc has been particularly active in the last few days. setting up roadblocks on important highways in the region.

The cable quotes a member of Ukraine’s National Security and Defense Council, claiming that “While there has always been overwhelmingly pro-Russian sentiment in Crimea's population, the beginning of systematic, organized efforts by pro-Russian groups backed by Russian money is a relatively new phenomenon.” Other officials acknowledge the “degradation of Kyiv's ability to assert central power and authority.”

An Oct. 5, 2009 cable discusses a visit by the visiting Assistant Secretary of Defense Alexander Vershbow, now Deputy Secretary General of NATO. In the read-out, Ukrainian officials don’t appear very optimistic that Russia’s treaty obligations, included the now-much-discussed Budapest Memorandum, would do much to prevent a Russian military incursion, according to the article.

Four days later, the embassy in Kiev issued another cable, titled “Ukraine-Russia: Is Military Conflict No Longer Unthinkable?” It discusses the views of defense analysts Volodymyr Horbulin, Ukraine’s former National Security Advisor, who believed that “internal Russian considerations are pushing Russia toward a confrontation with Ukraine prior to the expiration of the Black Sea Fleet basing agreement in 2017.”

The cable followed a highly critical letter sent by Russia’s then president, Dmitry Medvedev, which was interpreted by many as a warning to Kiev over its pro-Western policies.

"…Horbulin characterized the Medvedev letter as unprecedented in the brazenness of Moscow's attempt to interfere in Ukraine's upcoming presidential election, with the message that "whoever becomes (the next Ukrainian) president must follow in the wake of Russian policies."