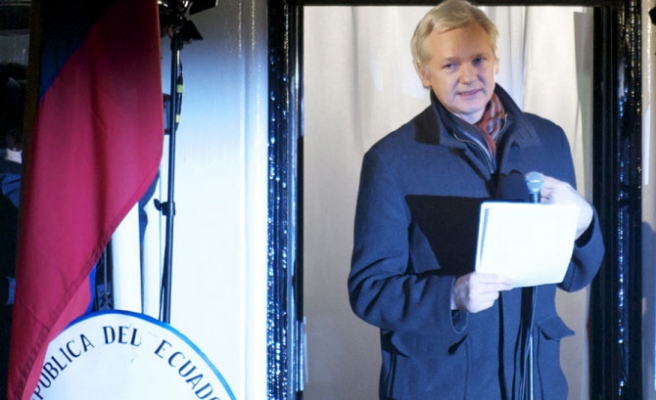 Lawyers for Julian Assange, the WikiLeaks founder who on Thursday marks his second anniversary holed up in the Ecuadorian embassy in London, are preparing to file a challenge to his detention order in Sweden in a move that could impact the state of legal limbo in which he is trapped.

Jennifer Robinson, Assange’s UK-based lawyer, told reporters that the legal challenge, which is due to be lodged with Swedish courts next Tuesday, was based on “new information gathered in Sweden”. She declined to give any further details until the filing had been made.

Since he took refuge in the Ecuadorian embassy on 19 June 2012, the embassy has been ringed with British police 24 hours a day, at a cost of more than £6m ($10m) to the taxpayer, as the UK government seeks to enforce an extradition order to send the WikiLeaks publisher to Sweden.

Assange and his legal advisers have always protested that were he to cooperate with the British and Swedish authorities, he would expose himself to an ongoing criminal investigation by the US Department of Justice.

In a telephone press conference Assange called on the US attorney general, Eric Holder, to put a stop to the investigation. “It is against the stated principles of the US and I believe the values supported by its people to have a four-year criminal investigation against a publisher. The on-going existence of that investigation produces a chilling effect not just to internet-based publishers but to all publishers,” he said.

The US government convened a grand jury to investigate WikiLeaks’ role in the leak, although it has been reported that charges have not been filed.

Assange declined to say whether he has been in personal contact with Snowden.

The WikiLeaks founder said that were next week’s challenge successful in lifting the Swedish detention order, he would still face “the larger problem of the US and its pending prosecution and perhaps extradition warrant” as well as any possible arrest by the UK government for his role in the Snowden affair.

But he said it would be an important first step as it would remove “an extremely distracting political attack which has been to try and draw attention away from the largest criminal investigation ever by the department of justice into a publisher and me personally”.

Despite attempts by Assange and his lawyers to focus attention on the US government’s investigation into WikiLeaks, he continues to face public criticism for his refusal to subject himself to questioning in Sweden on the sexual assault allegations.