Wilders has been criticized for speaking out against Islam and immigration, with comments comparing Islam to Nazism. 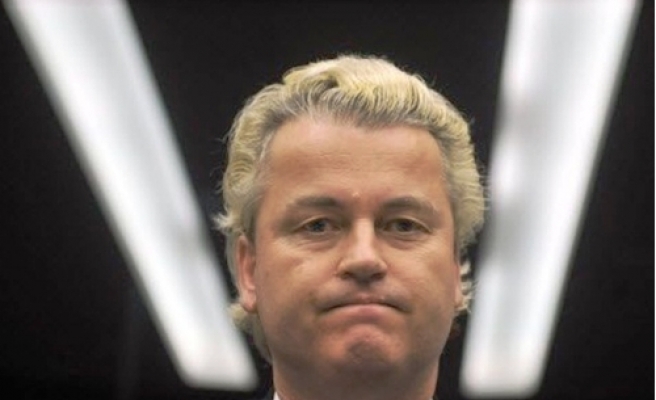 According to Ynetnews poll: 52% of Dutch say anti-immigration politician doesn't need to tone down remarks

A majority of Dutch believe that Geert Wilders, the anti-immigration politician much admired by Norway's mass murderer, does not need to tone down his inflammatory anti-Islamic comments, a poll on Friday showed.

Wilders has been criticized for speaking out against Islam and immigration, with comments comparing Islam to Nazism. Last month, a Dutch court acquitted Wilders of inciting hatred of Muslims.

The Norwegian gunman, Anders Behring Breivik, reproduced anti-Islamic comments that Wilders made to the Dutch parliament and expressed his admiration of the Dutch politician in his 1,500-page manifesto.

Wilders has repeatedly denounced Breivik and his actions in the week since the July 22 attack.

Polling firm Maurice de Hond said on Friday that 52% of those surveyed thought Wilders did not need to moderate his stance on the supposed "Islamization of Europe" in the wake of the Norway killings, while 44% said Wilders should tone it down.

Wilders wields considerable political influence in the Netherlands - his Freedom Party is the third largest in parliament and provides support for the minority coalition of Liberals and Christian Democrats.

Some Dutch question their country's traditionally generous immigration and aid policies, worried by the deteriorating economic climate, higher unemployment, ethnic crime and a belief that Muslim immigrants have not fully integrated into mainstream society.

In the opinion poll published on Friday, 29% of those questioned said they supported the Freedom Party's approach to Islam and Muslims in the Netherlands, more than those who agreed on the issue with the Liberals and the Christian Democrats combined, Ynetnews reported.

The Freedom Party received 15.4% of the vote in the Dutch parliament's lower house election in 2010.