Prosecutors have appeared reluctant to press charges against Wilders since losing a similar case filed in 2007. 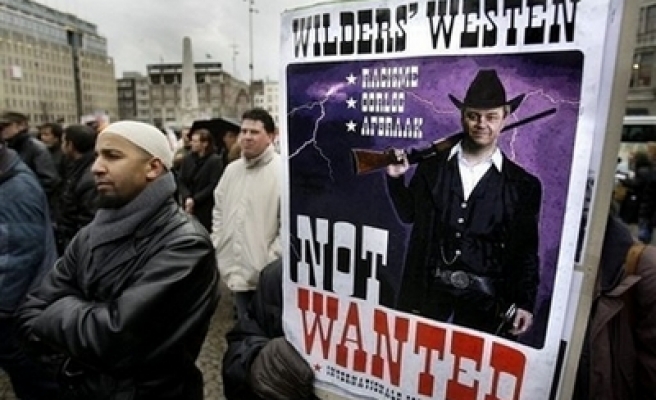 Far-right Dutch politician Geert Wilders said on Monday he had told police officers questioning him on discrimination charges that he stood by anti-Moroccan comments he made in March.

"I do not retract anything I have said," Wilders, whose Party for Freedom (PVV) is leading opinion polls, said in a statement on Monday.

"In my fight for freedom and against the Islamisation of the Netherlands, I will never let anyone silence me. No matter the cost, no matter by whom, whatever the consequences may be," he said.

Thousands of complaints were sent to police in March and April after Wilders spoke to a crowd chanting for "fewer, fewer, fewer" Moroccans in the Netherlands, during campaigning for local elections.

Wilders told the crowd: "We'll take care of that." In a later TV interview, he referred to "Moroccan scum".

Prosecutors made Wilders a formal suspect in October and summoned him for formal questioning, taking his case a step closer to court.

Prosecutors have appeared reluctant to press charges against Wilders since losing a similar case filed in 2007.

Wilders, who is known by anti-Islam views, says his comments reflect what millions of Dutch voters think. He has said he expects prosecutors to drop the charges.