World leaders to gather at UN on Friday

World leaders are about to converge on the United Nations in their largest numbers yet. More than 150 presidents and prime ministers will attend this year’s General Assembly which also marks the U.N.’s 70th anniversary. 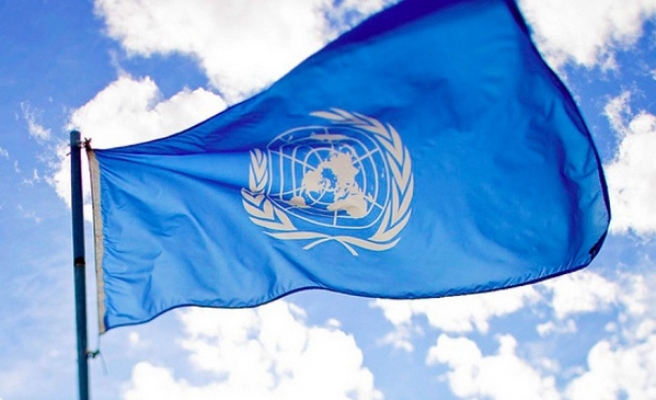 A record number of world leaders will attend a UN summit Friday that will see the ratification of an ambitious set of development goals that may frame global progress for the next 15 years.

The UN Sustainable Development Summit, due to last until Sunday, will launch the world's post-2015 development goals to end extreme poverty, fight social inequality, and fix climate change by 2030.

“We are resolved to free the human race within this generation from the tyranny of poverty and want to heal and secure our planet for the present and for future generations,” according to the text of the agenda that features 17 new sustainable development goals.

UN chief Ban Ki-moon calls it a "We the Peoples" agenda, but the summit takes place at a time when global challenges, including the worst refugee crisis since the Second World War and a persisting hunger crisis in Africa, will be looming above more than 150 heads of state and governments that will descend onto UN's New York headquarters for the event and the subsequent General Assembly meetings.

"The main challenge of the next 15 years is that these goals are only voluntary commitments. They are not legally binding goals," said Christian Kroll from Bertelsmann Stiftung, a Germany-based foundation promoting social responsibility.

"In order to achieve them, civil society, citizens, voters must put pressure on governments in their respective UN member countries in order to pursue these goals and remind world leaders of their commitments made during the historic UN summit", he added.

Kroll headed a recent research by the foundation that said most industrialized countries are not yet ready for the new sustainability pledge.

"The greatest deficits of the industrialized nations lie in their less-than-sustainable production and consumption behavior," according to the report, which also said the current economic systems of these countries exacerbate the trend toward social inequality.

Therefore, reform debates about how they will restructure their economies and the way they produce and consume, must happen in high-income countries, Kroll told Anadolu Agency.

"However, in order to achieve the goals over the next 15 years, we can and must be ambitious," he said. "Because the experience of the Millenium Development Goals has shown that a reference framework along those lines can be very successful in uniting efforts towards ambitious goals".

Kroll was referring to the eight global targets launched in 2000 to tackle global poverty and improve living standards by 2015.

"If developing countries managed, for example, to cut child mortality by half over the last 15 years, then we should demand from the rich nations to use the new goals over the next 15 years in order to strive for a more sustainable and socially just economic and social model", he said.

The agenda and its adoption in the summit is among several watershed international events in 2015, including the Third International Conference on Financing for Development, held in Ethiopia in July, and the upcoming UN climate change conference that will be held in Paris in December.