The 'Euromaidan' council made its announcement of Yatseniuk, plus candidates for several other key ministers, after its members addressed crowds on Kiev's Independence Square. 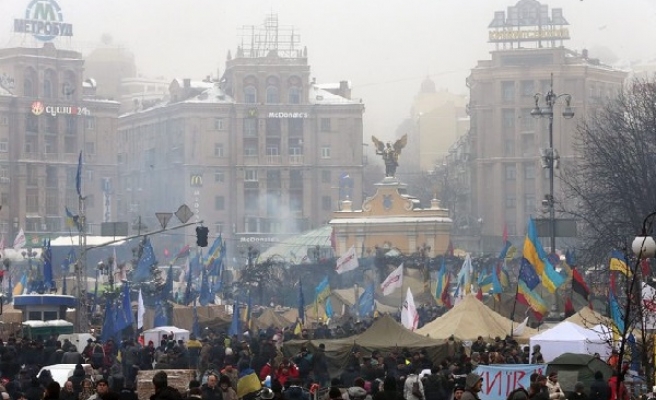 The 'Euromaidan' council made its announcement of Yatseniuk, plus candidates for several other key ministers, after its members addressed crowds on Kiev's Independence Square.

Oleksander Turchinov, acting president since Yanukovich was toppled on Saturday by parliament, said the new government would have to take unpopular decisions to head off default and guarantee a normal life for Ukraine's people.

The Euromaidan's proposals have to be approved by parliament.

The council, made up of popular figures from the uprising which brought Yanukovich down, named career diplomat Andriy Deshchytsya, a former ambassador in Finland and in Iceland, as foreign minister.

Oleksander Shlapak, a former economy minister and former deputy head of the central bank, was named as finance minister.

Andriy Paruby, head of the "self-defence" force protecting the Kiev protest zone from police action during the three months of conflict, was named secretary of the powerful National Security and Defence Council.

"This is a government which is doomed to be able to work only for 3-4 months ... because they will have to take unpopular decisions", Turchinov said.

This would involve heading off default, establishing the trust of creditors and investors and guaranteeing a normal life for Ukraine's people.

"They will be criticised. They'll have mud smeared on them. But they'll have to fulfil their duty and be burned for the sake of Ukraine," he said.