The incident happened during the night at a roundabout near a motorway exit in the city of Avignon. 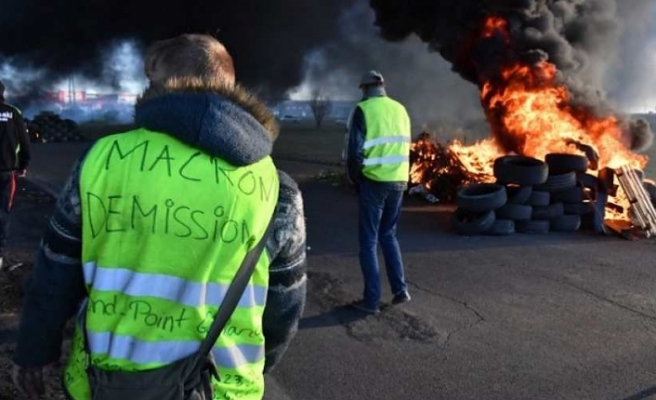 A "yellow vest" anti-government protester has died after being hit by a truck in southern France, a local prosecutor said Thursday.

"The driver of the truck has been taken into custody. The victim was 23-years-old," said the deputy prosecutor for Avignon, Caroline Armand, confirming a report on French television news channel LCI.

"It appears the driver is a Polish national," she added.

The "yellow vest" protesters, so-called because of the high-visibility jackets they wear, first took to the streets on November 17 to protest fuel tax hikes.

The protests have ballooned into a mass movement over rising living costs, and have spiralled into weekends of violence and vandalism in Paris and other cities.

The latest death was the sixth during the nationwide road blockades and protests, all of which appear to have been accidents.

On November 17, a demonstrator was killed in the eastern Savoie region after she was hit by a motorist.

Two days later, a motorcyclist was struck by a van which was trying to avoid protesters, and died of his injuries the next day.

On the night of December 1-2, a motorist was killed after colliding with a truck that had stopped in traffic that had built up due to a "yellow vest" blockade in Arles, southern France.

Also on December 1 an 80-year-old woman was injured by a tear-gas grenade in Marseille, and died the next day.