Does Israel have biological and chemical weapons?

If Israel decides to eliminate its BCW stockpiles, it will not be because it wants to create an environment of peace in the region, but because it is no longer sustainable to maintain them. 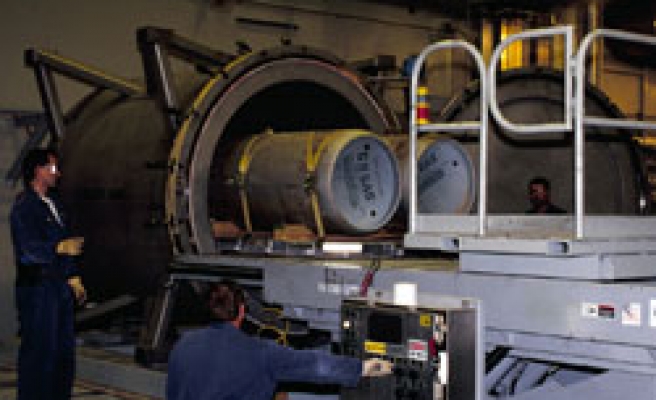 The Bashar al-Assad government in Syria may not be the only one in the region with a nerve gas/chemical weapons stockpile. Israel’s preferred term of choice on the question of whether it possesses either nuclear or chemical weapons is “ambiguity.” There is a general agreement that Israel has secretly developed a chemical weapons program. A newly discovered CIA document shows that Israel most definitely developed a chemical arsenal of its own. Almost everyone in the intelligence community in Washington, DC believes that Israel possesses a stockpile of nuclear weapons, and perhaps even some high-yield thermonuclear weapons. Analysts argue that the Israeli government built the nuclear stockpile in the 1960s and 1970s as precaution against the distant possibility that neighboring Arab armies could someday overwhelm the Israeli military.

The Israeli government has always maintained that Israel is an exception, that it is a responsible government and therefore does not need to subject itself to international conventions, regardless of whether they focus on nuclear, biological or chemical issues. Israelis believe that because of the Holocaust they are entitled to extra protection, which in practice means access to every kind of weapon.

Israel’s secrecy is partly driven by a promise to avoid embarrassing the US by announcing its weapons of mass destruction. Giving Israel the billions of dollars in aid it receives each year violates the US law if Israel possesses nuclear weapons outside the non-proliferation regime.

It is a common conviction that Israel likely launched its chemical weapons program in its first decade after independence in 1948, prior to its nuclear program, in an era when Israeli leaders claimed that their country’s survival was in peril. However, the Zionist leadership of the Jewish settlers in Palestine had in fact been seeking to have biological and chemical weapons way before Israel was officially recognized. There are some indicators showing that the future Israeli leaders sought to own, and that some Jewish armed organizations used, biological and chemical weapons (BCW) prior to independence. In April 1948, David Ben-Gurion, the future prime minister, instructed a Jewish Agency official in Europe to search for Jewish scientists who could “either increase the capacity to kill masses or to cure masses; both are important.”

An expert claimed that, on February 18, 1948, the Haganah’s chief operations officer Yigal Yadin assigned a microbiology student, Alexander Keynan, to establish a unit called HEMED BEIT in Jaffa. It is suggested that Keynan and a HEMED commander, Ephraim Katzir, also one of the future presidents of Israel, planned various activities to build BCW potential, which partly existed even before the founding of the state. There were plans to kill imprisoned SS officers in Europe via poisons developed in biological weapons units. In May 1948, forces from the Carmel Brigade of the Haganah allegedly used a biological weapon in the battle for Acre by poisoning the water supply with a substance which includes the typhus bacterium which had been delivered to the battalion by Moshe Dayan. Water wells were poisoned in order to stop villagers from returning to villages.

After the war, HEMED BEIT moved to Ness Ziona, located 20 kilometers south of Tel Aviv, which was named the Israel Institute for Biological Research and supposedly functioned as “a governmental, applied research institute specializing in the fields of biology, medicinal chemistry and environmental sciences.” This institute in the meantime has produced a great deal of defense-related research and is an academically acknowledged institution. There is not much information about its offensive capacities. But there are some, though little, hard evidence to indicate that Israel possesses a BCW stockpile.

We all know that Israel has not signed the 1972 Biological and Toxin Weapons Convention even though it has never acknowledged that it had developed biological and chemical weapons. The deputy director of the biological research institute, Professor Marcus Klingberg, was arrested by the Shin Bet on January 19, 1983, and subsequently charged with spying for the KGB for more than three decades. The harsh penalty given to Klinberg is an indication of the strategic importance of the institution. And, there are some cases that Israel has used biological weapons in some assassination attempts.

The first known target of an Israeli assassination via a Mossad operation with biological weapons was Palestinian Dr. Wadi Haddad, known as Abu Hani, whom Israel held responsible for organizing several civilian airplane hijackings in support of the Palestinian cause in the 1960s and 1970s. On March 28, 1978,  according to the book Striking Back published by Aharon Klein in 2006, he was given contaminated Belgian chocolate, sent to him as a gift and coated by Mossad specialists with a lethal biological poison which caused his immune system to collapse.

On September 25, 1997, two Mossad agents approached Hamas official Khaled Meshal and released into his ear a potentially fatal dose of a synthetic opiate called Fetanyl.  Meshal could only be saved because the two involved agents were captured while still in Jordan and the Israeli Prime Minister then agreed to hand over an antidote in return for the agents’ release. There have been suspicions that Israel used a similarly hard-to-detect toxin in the still-unexplained death of Palestinian leader Yasser Arafat in 2004.

In 1955, sure that war with Egypt would be inevitable in the near future, Ben-Gurion pushed the defense establishment to produce a nonconventional capacity to respond to any such assault from Egypt. The ‘nonconventional capability’ he was referring to was chemical, not biological.

During the 1970s, the CIA assessed that the Israelis had sped up their research and development efforts on chemical weapons after the 1973 Yom Kippur War. According to a U.S. intelligence report, "possible tests" of Israeli chemical weapons were detected in January 1976, which most likely took place somewhere in the Negev Desert.

In July 1990, the New York Times quoted Yuval Ne’eman, the science minister of that time, as having told Israel Radio regarding Saddam Hussain that if Israel were attacked, ”In my opinion, we have an excellent response, and that is to threaten Hussein with the same merchandise.”

In 1992, the crash of an El Al 747 near Amsterdam revealed that the cargo contained three of the four ingredients for sarin, including dimethyl methylphosphonate (DMMP). The compound indeed has several legitimate civilian uses.  However, Israel conducted the investigation into the accident and the recovery and clean-up operations with secrecy. This situation fed speculation over it’s the true purpose of the compound. The U.S. company which supplied the chemical informed the public that it had been shipped for delivery to the Institute for Biological Research mentioned above.

Some reports also accused Israel, early during the second Palestinian Intifada, of using what appeared to be an experimental form of tear gas which led to severe convulsions in many of those who inhaled it. More recently, Israel was being accused of using Dense Inert Metal Explosive (DIME) munitions, an experimental weapon not yet covered by international treaties, in its repeated attacks on Gaza. Its blast causes very serious internal damage to victims and results in traces of carcinogenic metals such as tungsten being deposited in the bodies of those who survive.

In winter 2008-09, Israel also used white phosphorus in densely inhabited residential areas of Gaza. White phosphorus is allowed if used to create a smokescreen on the battlefield.  It is, however, considered a chemical weapon when used in areas where civilians are present. Burning lumps of the chemical sear through flesh and lungs, and are difficult to extinguish.

Its BCW stockpile is a burden on Israel

Israel’s policy of ambiguity with respect to biological and chemical weapons intensified concerns about its BCW capacity following the disclosure of the aforementioned confidential CIA report suggesting that Israel had created a significant stockpile of chemical weapons by the early 1980s. Israel has both refused to sign the 1968 Non-Proliferation Treaty, covering the regulation of nuclear arms, and has refrained from ratifying the 1993 Chemical Weapons Convention (CWC), which obligates states to place their chemical weapons into international supervision for their destruction. Israel is now one of only six states, along with Egypt, Myanmar, Angola, North Korea and South Sudan, refusing to implement the convention.

Some observers of Israeli politics consider Israel’s BCW stockpile to be in contradiction with its security interests. According to them, Israel has a significant interest in getting rid of the regional chemical threat. Since it possesses “other deterrent capacities,” in the case of ratifying the CWC Israel will still have ample means in terms of deterring an attack. According to a recent report in the Bulletin of Atomic Scientists, Israel currently is said to possess 80 nuclear warheads. They argue that Israel has all the reasons in the world to be part of the global consensus in banning both the chemical and biological weapons on the earth; so Israel’s current policy on chemical weapons is unwise.

Most experts on Israeli armament policy think that it is time for Israel to revisit its outdated chemical weapons ambiguity. In light of the Assad regime’s use of such weapons, and with the international community intensely focused on their prohibition, Israel’s past program and its reluctance to ratify the Chemical Weapons Convention have become a strategic, diplomatic and military burden both for Israel and its most important ally, the United States. In conclusion, if Israel decides to eliminate its BCW stockpiles, it will not be because it wants to create an environment of peace in the region, but because it is no longer sustainable to maintain them. Furthermore, the U.S. no longer wants to carry all the burdens Israel loads on its shoulders.