Experts in constitutional law have emphasized that there are significant differences between the elected constituent assembly of 2012 and between the current committee designated by an administrative decision of the coup authority.... 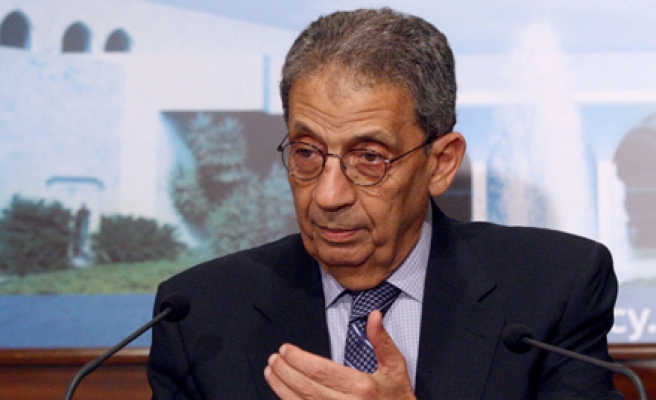 In the absence of any representative from the 25th of January revolution, 50 appointed members are given just 60 days to draft amendments to Egypt’s 2012 elected constitution, and to consider public concerns. An appointed 10 member committee has already written a first draft which reduces the legal status of Islamic jurisprudence but maintains that of the army, among other changes. The proposed draft abolishes the political isolation article of the Mubarak regime as well as the Anti-Corruption Commission.

The committee is chaired by Amr Mousa, a former presidential candidate, and Mubarak’s foreign minister. The committee abolished 32 articles from the 2012 Constitution including the following:

- Article 219; explains the meaning of Islamic law in Article 2 which states "the principles of Islamic law contain its fundamental and jurisprudence’s rules which are considered within the doctrine of the Sunni community."

- Article 44; prohibits the offending of all apostles and prophets.

- Article 25; refers to the obligation of the state to revive and encourage the system of philanthropy Waqf/endowments.

- Article 12; requires the state to protect the society’s civilization, cultural and linguistic elements, and to make education, science and knowledge in the Arabic language.

- Article 11; stipulates that the state is the guardian of ethics, morality, public order, high level of parenting and religious and national values.

The committee also added a paragraph to article 178 stating that the appointment of the minister of defence by the president should be with the consent of the Military Council.

The 2012 elected committee and democracy:

In 2012 a constituent assembly was elected and worked under the supervision of people, and was aired live in an atmosphere of transparency.The preamble of the 2012 constitution emphasized that the 25th of January revolution is the basis of the new political legitimacy. It was based on the principle of the inadmissibility of the military intervention in political affairs. This has been the only time in Egyptian history that an elected committee stipulated the constitution. The military coup backed committee abolished the paragraphs of the preamble, as they accept the military intervention in political affairs and they do not recognize the revolution in the constitution.

In 2012 the elected members of the houses of parliaments elected the constituent assembly of 100 members to draft the 25th of January revolution constitution in 60 days. 50 members were selected by the elected conservative Muslim parties, and 50 others were selected by the other parties, given that 75% of the parliament was from Muslim conservative parties. However in the military backed committee, only 2 out of the 50 appointed members are from the conservatives.

Experts in constitutional law like Jamal Gabriel; professor of constitutional law at the University of Helwan have emphasized that there are significant differences between the elected constituent assembly of 2012, in which people voted yes for by 64% in a popular referendum, and between the current committee designated by an administrative decision of the coup authority.

Shorouk news reported that Kamal Abbas, the general coordinator of the trade unions and a member of the current Committee, said on the 17th of September in a Workers’ Conference on the Constitution that the trade union had established a campaign to follow-up committee sessions regarding the articles which deal with the social and financial rights of workers.

Abbas stated that workers have objected to the new constitution’s amendments as they do not protect workers’ rights, and, stated that holding strikes might lead to criminal investigations which could then lead to 15 years imprisonment. Abbas said that Article 23 which deals with the nature of the Egyptian economy is unclear, and it does not specify the position of the Egyptian economy, and does not express workers' rights.

The conference criticized the article dealing with health insurance as it does not contain a clear commitment by the state towards citizens; therefore, this article is not binding on the state.
Furthermore, the amendments do not clarify the rights of 50 % of workers and peasants in the parliament, as it does not provide a precise definition of a worker and the farmer.

Judiciary independence Front rejected the amendments and said that the amendment committee is illegitimate and anything issued from them is legally invalid as it violates the law, the constitutional legitimacy, and the provisions of the judiciary. The Front asked all members of the Committee to withdraw from it to not to give it a legitimate cover for what they described to be “terrorism, violence and crimes against humanity” carried out by the coup authorities since the 3rd of July, which countered the January 25th revolution, and brought back the Mubarak regime.