Islamophobia and the Social Crisis of the West

"Western civilization has always perceived Islam as a threat to ‘European values’ and has strongly rejected it...." 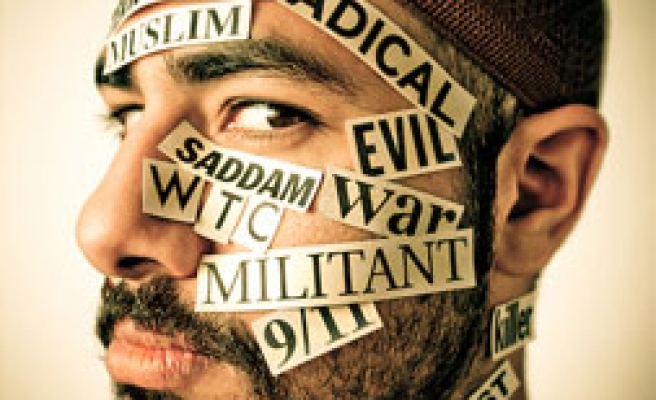 Islam and the West have a historic relation. Yet, despite the long cultural and philosophical interaction, western civilization has always perceived Islam as a threat to ‘European values’ and has strongly rejected it. Hostility to Islam—what we call Islamophobia today— is thus by no means a new phenomenon in the western world, but has merely resurfaced within the last two decades. In the context created by the fall of the Soviet Union, there were concerns about the emergence of a possible new ‘global threat’. Some started searching for a new ‘alternative evil empire.’ But what could that be? After some debate and certain events, such as the 1979 Iranian Revolution and the general assertiveness of Islamist politics through the Muslim World, the focus fell on Islam. The 9/11 attacks and London and Madrid bombings especially provided Islamophobia a tremendous impetus in the West by perpetuating the image as an existential threat to the West through manipulations by politicians, certain interest groups and anti-Islam hate groups. However, if there is— as some say— a ‘Muslim problem’ in Europe today, that means Europe has a problem accepting as part of itself the millions of Muslims who already live there. This is an example of the ‘otherization’ that continues to exist in Europe and which dooms to failure any attempt to create a new social cohesion in Europe. Today, European countries are facing the ‘other’ for the first time in their public sphere, and whether Europe can overcome its euro-centric mindset and develop a way of ‘living together’ is an exam it still has to take.

We might ask ‘what is happening in Europe?’ Has the politics of Europe been taken hostage by politicians who have forgotten the results of the Holocaust in Europe and who are trying to gain political power through hate speeches against minorities?  In this case, the power of fear is an important factor. These politicians are spreading fear in their society about Muslims, pointing to them as the source of almost every social and economic problem. Politicians and states are trying to present Muslim communities as a security issue. The meaning of security has changed over time. It is no longer limited to the protection of the state and its national boundaries or to a military threat. Now the term goes beyond these limits, instead being related to several different issues such as immigration, ethnic/religious revival, identity claims and even supranational entities.

Islamophobia is above all a civil rights issue as well as a religious one. It consists of a specific hostility towards Islam and Muslims. The fact that Muslims are visible in society, with their prayers, practices of morality, lifestyles or clothes, is unacceptable for some. This is where the real test for a meaningful acceptance and tolerance begins. Many examples explicitly reveal: efforts to ban Halal slaughter, placing fines on the wearing of the burka, the provocative speeches of some politicians such as Geert Wilders, the cartoon crisis, pressures on NGOs, the minaret ban in Switzerland, foster care agencies which are sometimes used as a tool for assimilation, the 15 Euro tax for animal sacrifices in Belgium, as well as discriminatory acts in some schools and companies. The Council of Europe and the OSCE have documented these issues. So have NGOs such as EMISCO (the European Muslim Initiative for Social Cohesion), chaired by the former UN special rapporteur on racism, which have published extensive reports.

The problem with the media is that it was, and still is, not ready to handle this issue. Many western publications have a historically orientalist approach full of stereotypes. They depict Muslims with clothes and beards reminiscent of bloody images. When one looks at the way Prophet Mohammed was depicted in western plays in the past, the way the Ottomans were portrayed in magazine cartoons, or how Muslims are still depicted on some church walls, one can see the historical perception and how the stereotypes about Muslims were perpetuated in the arts and media.

The problem with the media today is a structural one. Papers publish what sells and what will pull the audience in, like everything else. They first cover physical conflicts and only then political conflicts. In dealing with Muslims, the media focuses on extremism. Extremism is indeed important and dangerous and it exists in many different religions, but its presence in the Muslim world is scarce, perhaps one percent. The problem is that, in its coverage of the Muslims, the western media always focuses on extremist events.

In 2001, 2 percent of media coverage dealt with extremism, and only 0.1 percent with the broader Muslim experience. When we move ahead to 2011, the 2 percent on extremism jumps to 25 percent; but when you look at media coverage of the Muslim world in general, it still remains at 0.1 percent. Therefore the focus on Muslim extremism in the media contributes to the shaping of Islamophobic stereotypes in peoples’ minds. There is nothing wrong with criticizing an extremist act, but when you are attributing it to an entire religion or community via essentialist arguments then there is a problem.

If a massacre were to happen in any European country, the whole world would probably pay close attention. When a massacre occurred in Egypt, many newspapers in France and Germany presented it as an ordinary incident. Many countries chose ‘not to act’, and as Professor John Esposito expressed, “not to act is to act.” Silence only helps the process to continue. There is a hidden Islamophobic motivation behind keeping silent about Egypt.

Perhaps sometimes Muslims’ reactions to Islamophobic acts are inappropriate. But legitimizing Islamophobia through the reactions of Muslims is a political project. In other words, the aim of such legitimization is to provoke Muslim communities, to push them to demonstrations and even acts of violence, only to portray Muslims as aggressive and hateful people. This is a trick of which all Muslims – especially those living in western societies— should be aware.

In legal terms, the most important issue is to draw the thin line between freedom of expression and derogatory statements. Freedom of expression is used as a cover for hate speech. Hate speech is an abuse of freedom of expression. Laws against discrimination are already in force in many countries; nevertheless a need still persists for legal regulations that would provide a safer, more tolerant living space in society. This is a basic need which will prevent people from harming each other’s values in multicultural societies.

Freedom of speech and freedom of expression cannot be used as a tool for hate speeches/crimes. Therefore Islamophobic hate speeches pose a direct threat to coexistence in Europe, which is the foundation for peace in the social space. It is important to remember that hate crimes originate from hate speeches. A line must be drawn between expressing ideas and making derogatory statements. Speeches which insult the values of a different identity, point to a community as a source of all social problems, and cause people to attack each other exceed the freedom of expression. Using hate crimes as a tool for political aims does not contribute to peace and diversity in society. This can be called ‘psychological terror’.

It is clear that Muslim communities need moral and political support in their attempts to convince European decision makers to change their anti-Muslim discourse and to acknowledge Muslims as fellow citizens. The West must get rid of this Don Quixote syndrome. A success of this process will also help Europe redefine its identity and become a true intercultural society.

No more comments for this excellent article. Only to few points, one about the idea of more tolerant living place which should, instead of tolerant, full of respect and equality and second about the idea of psychological terror which openly became now with some media and institutional support a Cultural Terror.