Reducing history of Islamic science to 'Golden Age' and 'Decline'

Though it points out remarkable developments in the history of Islamic science, it reproduced a contentious narrative about it, that has troubled historians of science for some time.... 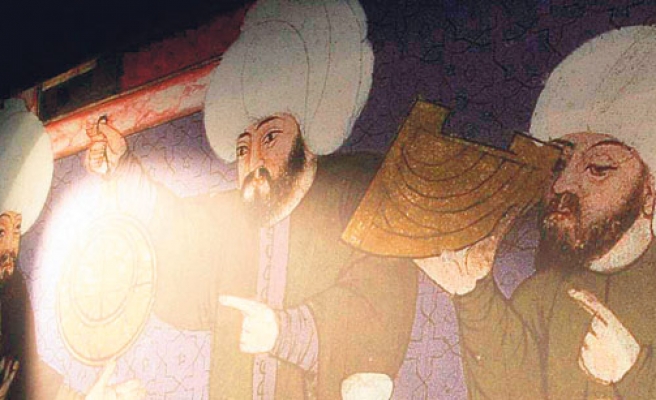 Nine months ago, an article in a popular news magazine, The Economist, entitled "Islam and Science: The Road to Renewal"[1] was released. It mainly dealt with the new stage of scientific activities that has developed in the Muslim world especially during last decade. It was said that "after centuries of stagnation science is making a comeback in the Islamic world." After comparing the current huge gap between the scientific institutions and activities in the West and the Islamic World, it summarized the great achievements in the history of Islamic science between the eighth and thirteenth centuries, popularly known as the "golden age."

Though it points out remarkable developments in the history of Islamic science, it reproduced a contentious narrative about it, that has troubled historians of science for some time. The article argues that Islamic civilization fell into stagnation for centuries—it was, as the article claims, in a "long and deep sleep". According to it, Islamic history witnessed great achievements especially during the "golden age." One of its most important successes was inheriting and preserving the Greek scientific tradition. Although it is an important and remarkable success in the history of science generally, the article does not mention how important the interactions between the Islamic civilization and non-Greek intellectual hinterlands such as Persian and Indian regions were, too. Looking to the future; however, the fact that Ibn Sīnā’s treatise on medicine, Canon Medicinae (The Canon of Medicine) as it was called in Europe, was used as a textbook in European universities for centuries later is hailed as one of Islamic science’s greatest achievements.

The crucial problem in this narrative is that somehow Islamic science, both before and after, is engulfed in a European history. In other words, Islamic science remains meaningful only because of its contribution to later developments in Europe. According to this story, Islamic science fulfills its task by bequeathing its philosophical and scientific knowledge to the Renaissance and then the much anticipated Scientific Revolution. Despite the fact that many narratives related to Europe’s history of science, such as the magical trajectory of ‘progress’ towards the Scientific Revolution has been severely criticized, and that an important literature on the history of Islamic science reveals that the scientific enterprise did continue even after the thirteenth century, these findings seem to have little effect on the popular perception of Islamic science. To put it differently, history of science in Islam is still bounded with "golden age" and "decline" paradigms, to a greater extent.

Reading history of Islamic science as described above has been appeared more in Turkey especially in recent months. Lastly, during the ongoing discussions about the curriculum change in theology (ilahiyat) faculties, which was decided to be implemented but then withdrew, because of the harsh criticisms against it, by the Council of Higher Education, some opinions based on the assumption of decline in Islamic science and philosophy after al- Ghazali or at best starting from the thirteenth century, were frequently referred to. It is an irony that such a discussion supposed to be scientific and philosophical could not be enriched by the recent studies especially during last decades, which affected the field dramatically. For instance, history of Islamic astronomy even after the thirteenth century which was alleged to be starting point of the decline in Islamic science, witnessed very significant figures and developments. For instance, leading historians of Islamic science have been working since 1950s on Ibn Shātir, a timekeeper at the Umayyad Mosque of Damascus in the fourteenth century, and his influence on Copernicus who became famous with his heliocentric planetary theory. Additionally, Samarqand Observatory, one of the most important scientific institutions in the Islamic history, was built in the fifteenth century and raised remarkable scholars such as Ali Qushji, who had a lasting impact on the Islamic scientific literature, especially on the Ottomans. His theory was that astronomy should be only based on mathematics and observation, not on the metaphysics and natural philosophy, which was described as "freeing astronomy from philosophy" by Jamil Ragep, a leading historian of astronomy in Islam.

To conclude, it should be noted that there are thousands of scientific and philosophical manuscripts all over the world and yet to be studied. What is needed is to ask new and fruitful questions beyond "golden age" and "decline" paradigms, which will provide us with understanding historical facts with rigorous and critical approach, and with constructing a better view on the Islamic science in particular, and Islamic intellectual history in general.