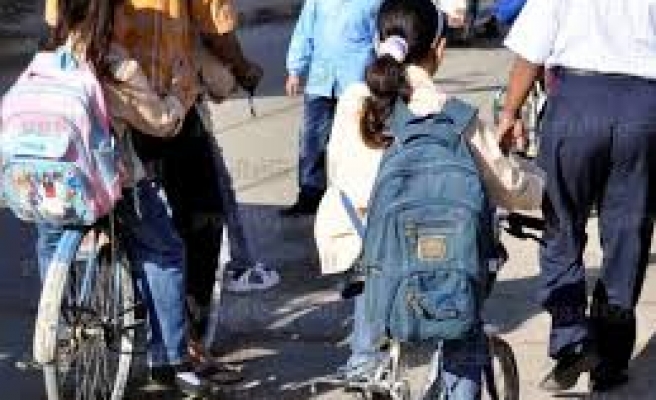 Meanwhile, the Muslim Brotherhood, the movement from which deposed president Mohamed Morsi hails, has disclaimed any possible bombings against schools, arguing that "military coup leaders" would carry out these bombings and heap the blame on the group.

"The announcement by some TV channels related to the military coup that bombings would target schools aim, among other things, at giving the authorities an excuse to postpone the start of the new academic year for fear of the expected university students' uprising against the coup," the Brotherhood wrote in a statement on Friday.

The warning comes as the Interior Ministry has started applying a new security plan, which includes, among other things, the removal of road violations, forcing hawkers close to educational institutions to leave, and removing old cars parked near schools and universities, lest they should be used in violent activities.

The Interior Ministry also plans to beef up its measures around the schools and the universities in order to counter any violations, particularly rampant sexual harassment outside girls' schools.

"The measures will include schools located in volatile areas, including Nasr City and Heliopolis, in the east of Cairo where the presidential Ittihadiya Palace and Rabaa al-Adawiya Square are located," Ahmed Khedr, the head of the General Security Administration at the Interior Ministry, told Anadolu Agency. "They also include the city of Kerdasa."

The government had earlier decided to postpone study in the schools of Kerdasa for a week following a raid by a joint police and army force on the city, which has been the stage of a brutal massacre of around 11 policemen on August 14.

Describing the security plan as "unprecedented", Khedr said it aims to secure the educational process as a whole.

The plan, he said, includes securing the movement of school buses, searching these buses for explosives before the students board them, and also guarding them until they go back from schools with the children.

He added that his ministry would also fix cameras and alarms at the doors of schools in volatile areas.

According to Khedr, two armed policemen will be deployed at schools, which are not located in close proximity to police stations or security centers, including the Sinai Peninsula, northeast of Egypt.

He added that the Interior Ministry will publicize several hotlines through which it would receive complaints or calls for help from students and their parents at times of crises.

Meanwhile, police units affiliated with the Ministry of Supply will monitor food offered school children and students at all commercial outlets, particularly those located near schools, to ensure they are valid for use.

Khedr said school administrators will have the phone numbers of security chiefs at police stations.

Minister of Education Mahmoud Abul-Nasr had earlier decided to postpone study in the schools of northern Sinai for a week, citing unstable security conditions there.