13,662 kids in ministry foster homes as of October

According to the figures Minister Şahin presented, as of December 2012, there are 3,953 children in 30 provinces who are forced to work on the streets. Şahin added that this number only includes those who receive services from the ministry's children and youth centers. 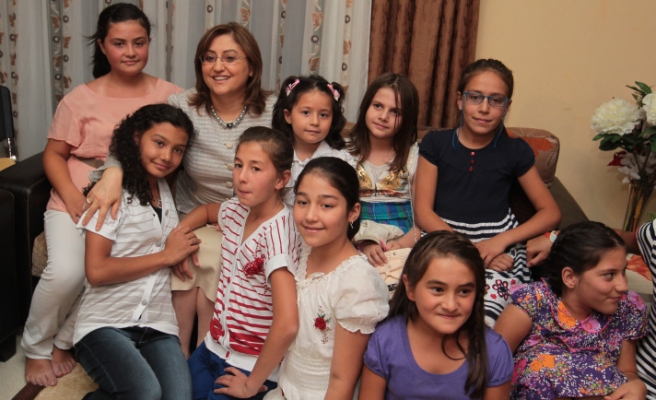 Family and Social Policies Minister Fatma Şahin announced on Friday that in 2011 and 2012, 214 sexually abused kids were taken into custody for protection by the state.

In response to a written question by Republican People's Party (CHP) Deputy Chairman Sezgin Tanrıkulu in Parliament on the subject of child abuse, Şahin spoke about the services her ministry provides to protect children who are forced to work on the streets and who are at risk of abuse. Minister Şahin said that there are children and youth centers connected to the ministry for the purpose of helping at-risk kids. “Our ministry is trying to expand the number of children and youth centers we have; the number we are currently at is 39,” Minister Şahin said. The ministry also runs four surveillance centers for at-risk children.

According to the figures Şahin presented at Parliament, as of December 2012, there are 3,953 children in 30 provinces who are forced to work on the streets. However, Şahin said that this number only includes those who receive services from the ministry's children and youth centers. It is, in fact, far greater.

According to the ministry, in provinces without such centers, there systems put in place to help care for at-risk youth. In such places, government workers make an extra effort to consider each and every call and notice from citizens to keep children off the streets. She said that all children who are reported to live on the streets are brought into child foster centers connected to the ministry.

As of October 2012, 13,662 children are staying in foster homes run by the ministry. Şahin stated that these homes, including the ones for disabled kids, are inspected by the ministry each year.