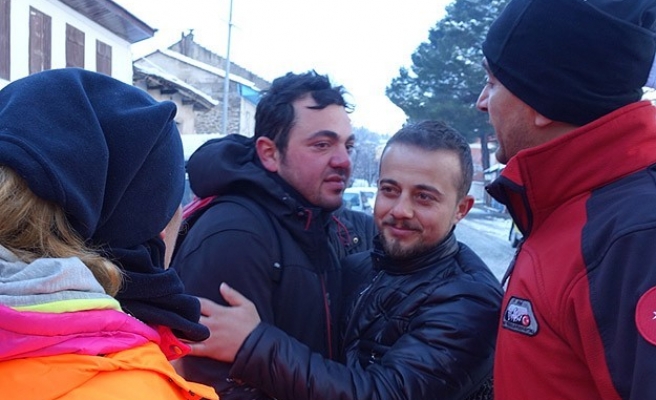 Turkish search and rescue teams rescued 19 climbers who were stranded for about 15 hours on the Bozdag Mountain located in Turkey’s western province of Izmir, the province governor said on Monday.

Around 19 climbers had tried to climb the Bozdag Mountain located in the Odemis district in Izmir province and were trapped due to an intense blizzard.

Rescuers had been in verbal contact with them throughout last night and later attempted to arrive at their exact position but were hampered by poor visibility.

Izmir governor Mustafa Toprak confirmed that they managed to rescue the climbers.

Turkish rescuers, including The Disaster and Emergency Management Presidency of Turkey and the AKUT Search and Rescue Association, found the 19-trapped climbers alive on early Monday.

“The governor's office took all measures,” the governor said.

In 2013, an avalanche occurred in the same area, and the roads were closed to vehicle and pedestrian traffic for a long period of time.