35 civil servants were detained in an operation on Monday on charges of accepting bribes in exchange for looking the other way as illegal activities were carried out in several prisons. 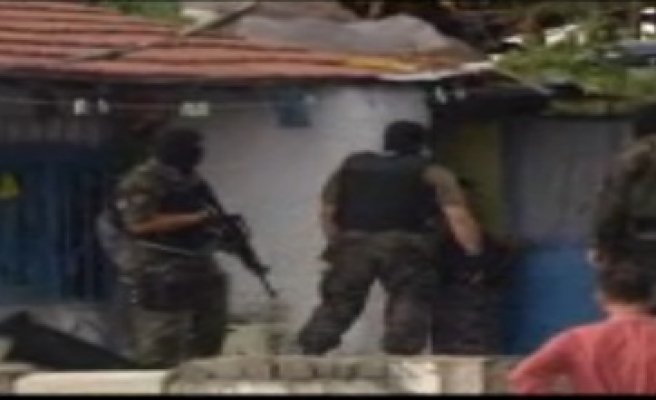 The İstanbul Police Department's organized crime unit detained 35 civil servants in an operation on Monday on charges of accepting bribes in exchange for looking the other way as illegal activities were carried out in several prisons.

The operation was carried out at several locations in İstanbul on Monday morning and resulted in the detention of Silivri Prison Deputy Warden Yusuf Çetin, the wardens of the Kartal Semi-Open Prison, Maltepe Prison and Metris Prison as well as a number of guards employed at these prisons. Their interrogation by police continues.

The suspects allegedly allowed mobile phones, weapons and drugs in the prisons in exchange for gold, the bribe of choice due to fears police could track the serial numbers of bills, according to police reports.

The organized crime unit had reportedly had gang member Ahmet D., under tight technical and physical surveillance for about six months. During this time, Ahmet D. was observed bribing the accused wardens and guards.

Police also carried out a large-scale operation early on Tuesday against a criminal organization in the central province of Ankara.

The narcotics and anti-smuggling and organized crime units of the Ankara Police Department, backed up by two helicopters and riot police, raided several locations in Ankara's Altındağ district following a year of close surveillance of the group. Special ops and riot police also joined the operation. Sixty-one suspected members of the organization were detained and charged with several crimes, including murder, hijacking vehicles, drug trafficking and robbery. Police seized a number of weapons and bullets as well as drugs.

The suspects are believed to be members of a criminal gang led by Arif Ö. and Kadir İ., who were among the detainees. Their interrogation by police is under way. The number of detainees is expected to increase as the investigation into the organization continues.