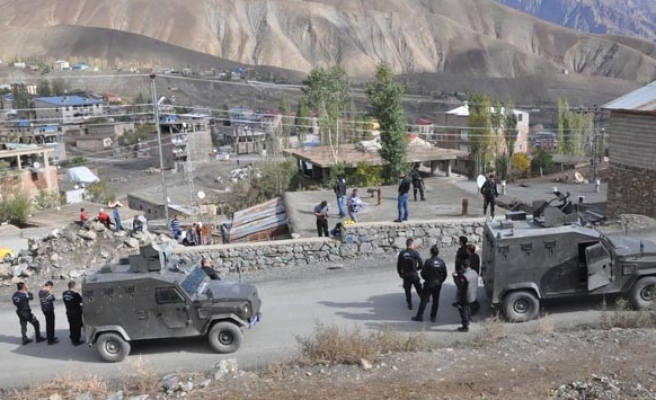 In the ensuing clashes, five terrorists were killed in the district center, and two others killed in Sapatan area.

Meanwhile, another terrorist was killed in Yuksekova district Sunday, and another surrendered to security forces in Semdinli after fleeing the PKK, the governor's office said. The statement added that the defector was being sought as a "missing person" by Istanbul Buyukcekmece Police Juvenile Delinquency Department.

Turkey has been hit by a wave of attacks since the Suruc bombing on July 20. Since then, the PKK renewed its armed attacks mostly in the country's eastern and southeastern regions, which resulted in the derailment of a fragile cease-fire which began early 2013 and was dubbed the “solution process”.

A total of 140 security force members have been martyred in the violence since July 7, along with 37 civilian casualties and 464 others wounded, while 1,480 PKK terrorists were killed in land and air operations since July 22, according to the most recent data from the Turkish General Staff.

Since July 24, the anti-terror operations across Turkey has seen 2,799 people arrested on suspicion of links to PKK, its youth wings, ISIL and leftist DHKP-C. 772 of them were sent to prison pending trial.

PKK is considered a terrorist organization by Turkey, the EU and the U.S.