Turkey's Undersecretary for Defense implied that the conditions of the contract had not been met; the aircraft received by Turkey's defense did not reportedly meet the agreed criteria. 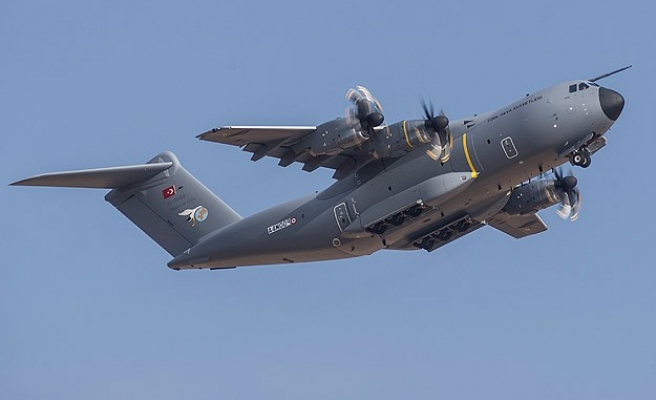 Turkey continues to be embroiled in a dispute with aircraft manufacturer Airbus over an order of A400M airlifter military transport planes.

Turkey's Undersecretary for Defense implied that the conditions of the contract had not been met; the aircraft received for acceptance tests by Turkey's defense did not reportedly meet the agreed criteria.

Airbus, a European multinational aerospace and defense corporation, had been contracted to supply 10 (the first order was for two) multi-national four-engine turboprop military transport aircrafts to Turkey.

Ankara’s response came after Airbus Group NV Air Chief Executive Officer Tom Enders said he was frustrated by Turkey’s failure to accept the delivery of the third production of A400M airlifter, even though two planes are flying successfully with French forces.

The CEO said: “Turkey’s aircraft is ready to go and it is the same aircraft that Airbus delivered to the French Air Force that has been instantly operational. I find the situation increasingly unacceptable.”

Speaking to reporters after the Turkish-French Industry Day Program in the capital Ankara on Thursday, Undersecretary for Defense Murad Bayar said: “Turkey is a shareholder of the Airbus A400M program. We should look the contract. There cannot be a further bargain, and we could not see all contract conditions achieved on acceptance tests for Airbus A400M.”

“For this reason, we had to talk with Airbus again,” the Undersecretary for Defense, Murad Bayar, said. “I hope that when discussions are finalized, Turkey will receive the aircraft.”

Ankara has been under increasing pressure from its Western allies, who argue that the Chinese system would not be inter-operable with existing NATO and U.S. air defense assets, stationed in Turkey.

Turkey had suspended its order on the first two F-35 joint strike fighters at the beginning of 2013.

Bayar also told reporters: “Turkey's Altay tank's engine must be made in the country. There are also proposals from two Turkish companies to produce the engine in Turkey.”