Minister stated that the ministry had requested until 2022 to dispose of all of the anti-personnel land mines in the county of which there are 977,922. 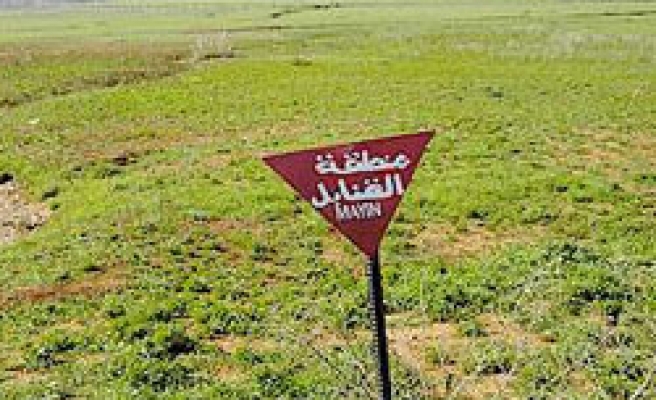 Defense Minister İsmet Yılmaz has announced that the ministry will clear all the anti-personnel land mines in the country, which currently number 977,922, within the scope of the Ottawa convention. Responding to a parliamentary question raised by Republican People's Party (CHP) Deputy Chairman Sezgin Tanrıkulu on Wednesday, Yılmaz provided some information on the clearance of land mines. Tanrıkulu asked if Turkey will request extra time to clear the land mines on its soil until 2016 since it will not finish clearing the mines by 2014, a commitment made by Turkey under the Ottawa Convention in 2004.

Yılmaz stated that the ministry had requested until 2022 to dispose of all of the anti-personnel land mines in the county of which there are 977,922. Mine explosions have killed or maimed hundreds of people in Turkey's Southeast, where the military has been fighting the terrorist Kurdistan Workers' Party (PKK) since 1984. According to UN statistics, in 64 countries there are over 100 million landmines. Every month, 800 people are killed by landmine explosions around the world. The most heavily mined countries are in the Balkans after several countries declared their independence from Yugoslavia.

The minister further stated that Turkish Armed Forces (TSK) is the second biggest army among NATO member countries. “The number of personnel in the TSK is determined within the scope of the Planning and Programming of the Budget System to maintain the security of the country and for the national interest. With that system, the TSK will carry out some projects to determine the types of personnel which will be needed by the TSK in the next 10 and 20 years," said Yılmaz.