An explosion in the Yuksekova town of Hakkari, the second in two days, left 9 police officers wounded. 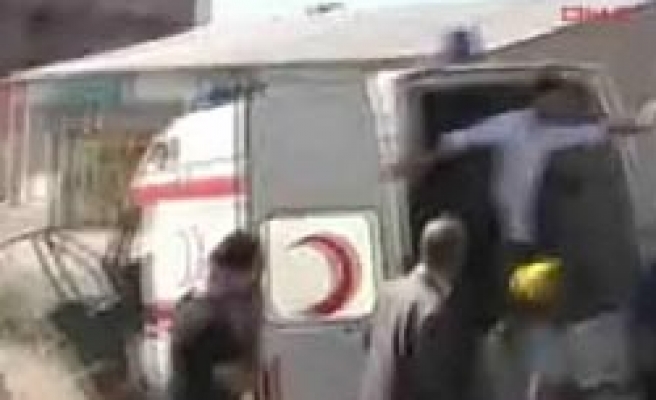 An explosion in the Yuksekova town of Hakkari on Friday, the second in two days, left 9 police officers wounded.

A mine blast which rocked a minibus Yesterday travelling between the villages of Gecitli -- 28 kilometers from Hakkari -- and Durankaya on Thursday, killed 10 people.

Two of the victims were laid to rest today with a funeral ceremony in the Akalin village. The funeral crowd later marched to the town center.

A small group attacked the police during the march. A remotely detonated bomb in a garbage can near a taxi station exploded as the police intervened to protesters with pressurized water and tear gas.

Nine policemen were wounded with the impact of the explosion. The ambulance rushing the wounded policemen to the hospital got involved in a traffic accident on the way, injuring four civilians.

The wounded policemen and civilians were taken to hospitals in Yuksekova, Hakkari and Van.