Analysts express concern about Uludere incident being covered up

When the investigation was referred to the General Staff Military Prosecutor's Office, the victims’ families demand that the case be referred to civilian prosecutors was rejected 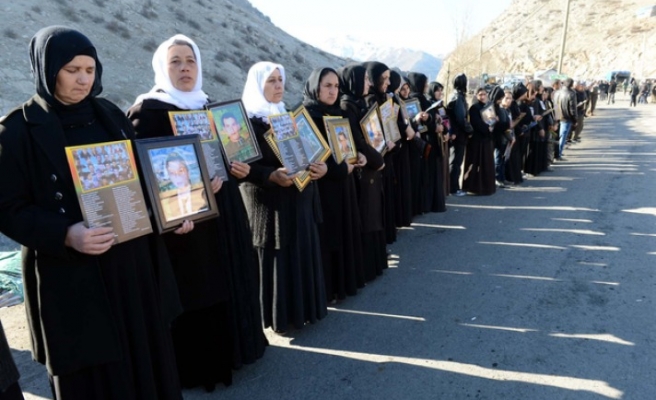 The rejection by the Diyarbakır Chief Public Prosecutor's Office that the Uludere case, in which 34 Turkish citizens were mistakenly killed by Turkish jets, be investigated by civilian prosecutors is part of an effort to prevent the perpetrators of the incident from being revealed, analysts have agreed.

“Just the fact that the prosecutor's office held the case in its hand for more than a year before passing it to a military prosecutor makes it clear that the process is designed in such a way as to impede the progress of the investigation,” Mesut Beştaş, one of the lawyers involved in the case on behalf of the victims' families, commented to Today's Zaman.

The Diyarbakır Chief Public Prosecutor's Office, which recently decided to refer the Uludere case to military prosecutors, has, for a second time, rejected a request by the victims' families that the case be investigated by civilian prosecutors.

The prosecutor's office, which had been investigating the Uludere incident -- in which 34 Turkish smugglers mistaken for PKK members were killed, at the end of 2011, in an air strike near the Uludere district of Şırnak province -- decided on June 11, one-and-a-half years after the incident, to send the case to the General Staff Military Prosecutor's Office, claiming that the case is outside of its jurisdiction.

Bektaş doesn't believe that the investigation is being pursued in good faith. “Although everyone knows who the person responsible [for the killing] is, the prosecutor's office hasn't even investigated anyone yet,” complained Bektaş, adding that the judiciary and the government are collaborating to prevent those who are responsible for the deadly mistake from being exposed.

Vahap Coşkun, a professor at Dicle University Law School, believes that all the steps taken so far by both the judiciary and the government in the Uludere case are flawed. Noting that the prosecutor's office took more than a year to refer the investigation to the military prosecutor, Coşkun told Today's Zaman: “This represents a serious obstacle to seeking the truth [in the incident].” “One has the impression that the investigation is being dragged out,” he added.

A sub-commission of the parliamentary Human Rights Investigation Commission released, after much delay, a report on the incident at the end of March this year, more than a year after the incident took place. The report, which said no particular person or agency was responsible for the air strike order and which referred to the attack as an accident, didn't please the victims' families. Opposition parties and various civil society groups described, at the time, the report as an overt cover-up attempt.

Thirty-four men and boys were traveling back to their villages in Uludere from cities in northern Iraq after a day of trading in December 2011 when Turkish jets bombed the border-crossers, with the military later saying that the commanders mistook them for Kurdistan Workers' Party (PKK) members.