Angola 'not surprised' with defeat against Argentina

The coach of Angola's national basketball team said that Argentina's defeating Angola at a world tournament game today was no surprise. 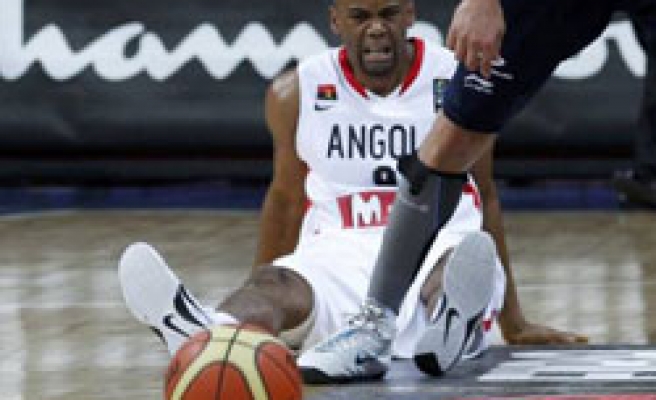 The coach of Angola's national basketball team said on Monday that Argentina's defeating Angola at a world tournament game today was no surprise.

Speaking to reporters after the game in central Anatolian Kayseri province, Angola's trainer Luis Magalhaes said his team struggled hard till the third quarter, however, Argentina put its experienced players in the game in the fourth quarter.

Noting there was nothing left to do for Angola, Magalhaes said he was not surprised with the result of the game.

Sergio Hernandez, coach of the Argentine national team, also said that Angola stuck to the game and did its best until the third quarter.

Argentina defeated Angola 91-70 in Group A of the FIBA 2010 World Basketball Championship in the central Anatolian province of Kayseri on Monday.