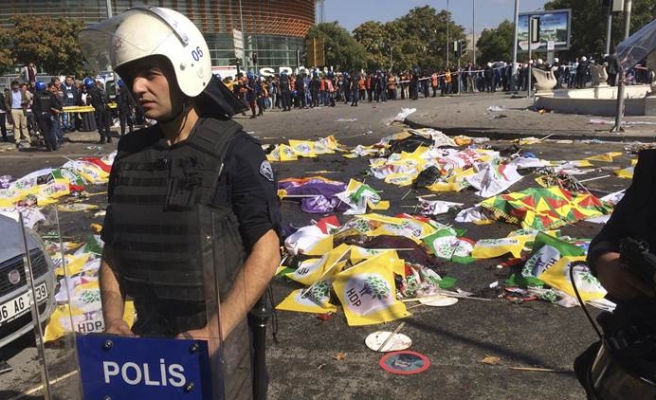 "Identification efforts continue on bodies of two male terrorists who were ascertained to be suicide bombers," the Prime Ministry coordination center said in a statement.

The statement also updated the death toll from 95 to 97 -- including a Palestinian citizen.

The coordination center added that 92 of the victims were identified and 91 of them were delivered to their families.

No-one has claimed responsibility for the attack, which targeted a leftist rally near Ankara’s historic train station calling for an end to the Kurdish conflict and political reform.

However, Prime Minister Davutoglu has suggested the PKK or ISIL were behind the blasts.