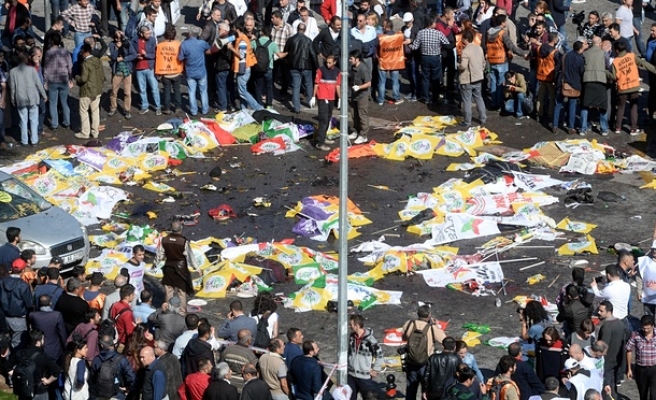 A massive twin bombing in the Turkish capital Ankara this month that killed 102 people was ordered by the ISIL armed group, prosecutors said Wednesday.

They said there was "strong evidence" that it was also responsible for other attacks in the country, including one on the border with Syria in July, and was planning more.

"This terrorist organisation carried out the attack on the Ankara train station on the orders of the terrorist group in Syria and sought a suicide bomber of Turkish origin," Ankara prosecutors said in a statement.

A cell in the southeastern province of Gaziantep which borders Syria "planned attacks inside Turkey after taking direct orders from ISIL in Syria," the statement said.

The October 10 attack targeted a peace rally staged by Turkish leftists and pro-Kurdish activists and was the worst ever on Turkish soil.

Turkish officials had said previously the attack was carried out by two suicide bombers, including at least one Turk, and that the ISIL group was the number one suspect.