The statement said the recent surge in bombings of mosques and funeral tents across Iraq unveil the “inhumane nature” of those behind these attacks. 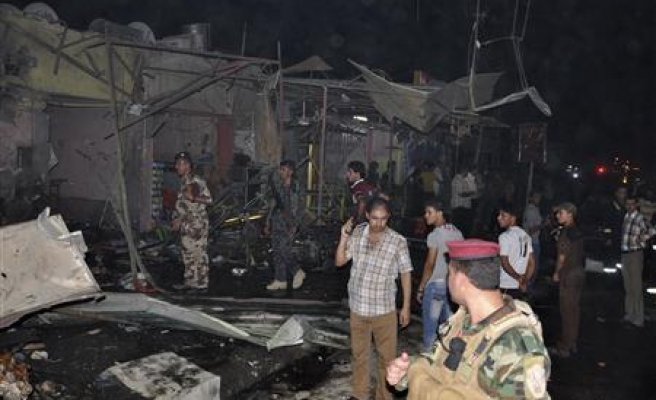 Turkey has said it strongly condemns bombings in northern Kurdish city of Arbil and Iraqi capital Baghdad on Sunday.

A statement Turkish Foreign Ministry released on Monday said it strongly condemns several bombing attacks in the country’s relatively peaceful northern Kurdish city of Arbil that killed six people and a series of bombings in different parts of Iraq that killed 46 on Sunday.

The statement came at a time when another wave of car bombs struck mainly in Shiite neighborhoods of Bagdad on Monday morning, killing at least 54 people and wounding dozens more, the latest in relentless violence roiling Iraq in recent months.

Monday's attack were the biggest since the Sept. 21 suicide bombings that struck a cluster of funeral tents packed with mourning families in Sadr City, killing at least 104 people.

Ankara said two people who are heavily wounded in Arbil attacks were brought to Turkey for treatment. Noting that the timing of the attack, which took place a day after the elections in Kurdistan region, is noteworthy.

The statement said the recent surge in bombings of mosques and funeral tents across Iraq unveil the “inhumane nature” of those behind these attacks.

Violence in Iraq surged after government troops moved against a protest camp of Sunni demonstrators in April, triggering deadly clashes nationwide. Although overall death tolls are still lower than at the height of the conflict, the cycle of violence is reminiscent to the one that brought Iraq to the brink of civil war in 2006-2007.

More than 4,500 people have been killed since April.

Al-Qaeda is believed to be trying to build on the Sunni minority's discontent toward what they consider to be second-class treatment by Iraq's Shiite-led government and on the infighting between political groups, to ignite a sectarian warfare.

“We believe that those circles who want to spoil the atmosphere of peace and security in Kurdistan prevalent in recent years and spark civil war across Iraq won’t achieve to their dark goals,” Ankara said in the forceful statement.