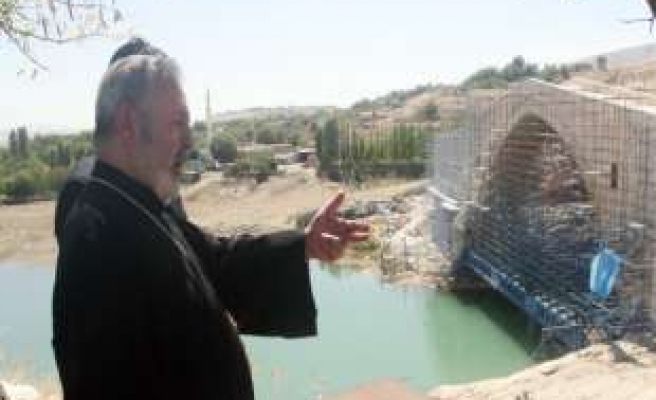 His Eminence Archbishop Aram Ateshian, General Vicar of the Armenian Patriarch, paid his first official visit on Wednesday to his hometown, Silvan, in the southeast province of Diyarbakir.

"I came back happy to Silvan, which I left in a state of sadness at the age of five," Ateshian said.

Greeted with flowers upon his arrival at the town, Ateshian visited Silvan District Governor Berkand Sonmezay and Mayor Fadil Erdede.

"Armenians and Turks once lived in harmony in these lands," Ateshian said. "Now, there are steps towards bringing back that atmosphere.

Ateshian visited historical places in Silvan, including Hassuni Caves 6 km east of the district, which date back to the Middle Ages.

"There were eight Armenian churches around Silvan, but most have vanished. We must protect historical venues and raise awareness on their preservation. The historical buildings and statues in Silvan must be promoted throughout the world," Ateshian said.

As a good example, Hassuni Caves have come under state protection as part of a tourism project, Ateshian said, adding that the scope of such projects must be broadened to encompass all places of historical value in Silvan.

Aslan Bakir, Ateshian's nephew and operator of a leisure center at Hassuni Caves, hosted a dinner event in honor of his uncle.