Argentine's coach says not sad over 84-82 defeat by Serbia

The coach of the Argentine basketball team said that he was not so sad over his team's facing a defeat by Serbia in Group A of World Basketball Championship. 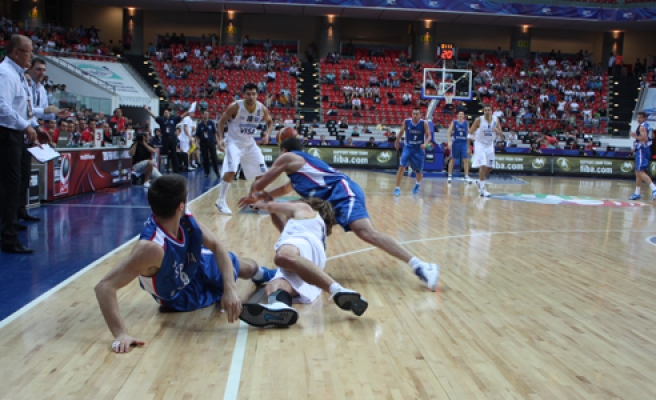 The coach of the Argentine national basketball team said on Thursday that he was not so sad over his team's facing a defeat by Serbia in Group A of the World Basketball Championship today.

Speaking to reporters after Argentina's ranking the second in its group following a 84-82 defeat by Serbia, Argentina's coach Sergio Hernandez said Serbia was very talented and one of the best teams in the world.

Hernandez said both teams displayed a qualified game today, and therefore, he did not feel sorry over the result.

Ivkovic noted that Istanbul was the next destination for his team and they would now focus on the upcoming round.

Serbia defeated Argentina 84-82 in the central Anatolian province of Kayseri on Thursday.

Thus, Serbia completed the preliminary round as the leader of its group.