The husband of Mustafa Kemal Ataturk's adopted daughter Ulku Adatepe went through a terrible traffic accident while returning to Istanbul from Ankara. 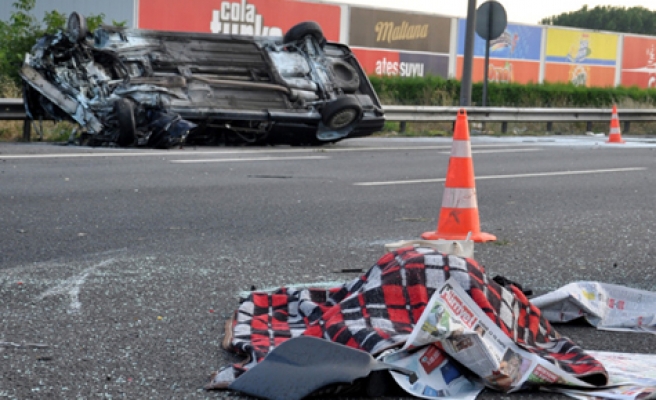 The husband of Mustafa Kemal Ataturk's adopted daughter Ulku Adatepe, Emin Oke Adatepe, has been taken into a surgery at the Sakarya Training and Research Hospital for a broken shoulder after a deadly traffic accident on Wednesday that left Ulku Adatepe dead.

"We have lost Ulku. We went through a terrible traffic accident while returning to Istanbul from Ankara. I am fine but we lost Ulku," Emin Adatepe said after the accident.

The driver of the Adatepe couple, Adnan Selcuk, was also injured in Wednesday's accident.

"I have been deeply saddened by the death of Adatepe, Ataturk's adopted daughter. I wish God's mercy to her and offer my condolences to her family and loved ones," President Gul said in his message.

Ulku Adatepe was born on November 27, 1932. She was Ataturk's youngest adopted daughter. Adatepe lived with Ataturk at the Cankaya Presidential Palace until she was six years old. She was always seen with Ataturk during Ataturk's trips in all corners of Turkey.