The coach of Australian national basketball team said late that 3-point shot-throwing players of Argentina were devastating for Australia. 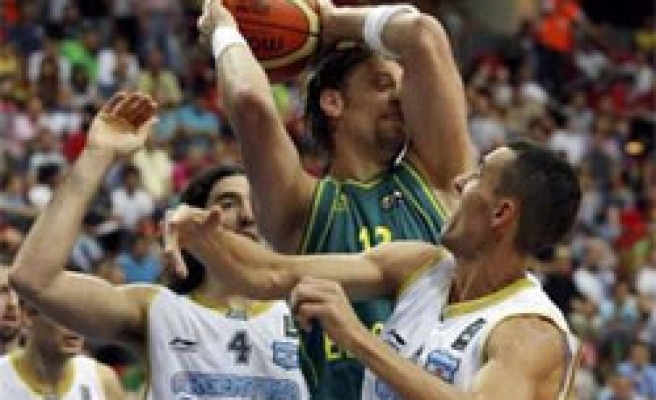 The coach of Australian national basketball team said late on Sunday that 3-point shot-throwing players of Argentina were devastating for Australia.

Coach Brett Brown of Australia told a press conference after a FIBA 2010 World Basketball Championship game against Argentina that their rivals were experienced, and the 3-point shot-throwing players of Argentina were devastating for his team.

Australia could not respond the same way to Argentina, Brown said.

Australia's player Joseph Ingles said they were disappointed, and did their best to defend themselves but their resistance was broken due to continuous pressure of Argentina.

Argentina defeated Australia 74-72 in Group A of the FIBA 2010 World Basketball Championship in the central Anatolian province of Kayseri on Sunday.

Thus, Argentina led Group A of the championship at the end of second-day games.