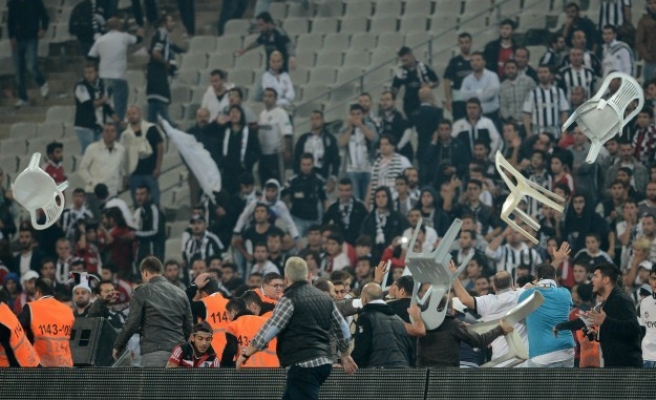 Turkish Football Federation (TFF) Professional Football Disciplinary Board (PFDK) on Thursday banned Besiktas for 4 matches to be played without spectators.

Besiktas received a four-match ban to play their home games in an empty stadium.

The possibility of provocation came forth after Besiktas (BJK) v Galatasaray (GS) derby match in Istanbul on Sunday was abandoned when Besiktas fans occupied the pitch in injury time and clashed with riot police.

After Galatasaray midfielder Melo was sent off in added time, Besiktas fans invaded the pitch, causing the referee and two teams to run back to changing rooms.

Turkish Deputy Prime Minister Bulent Arinc had stated that the events sparked due to the provocation of a few people who infiltrated into the stadium to provoke fans.