Bodies of Turks killed in Afghanistan taken to Turkey

The bodies of three engineers arrived in Istanbul on a Turkish Airlines plane. 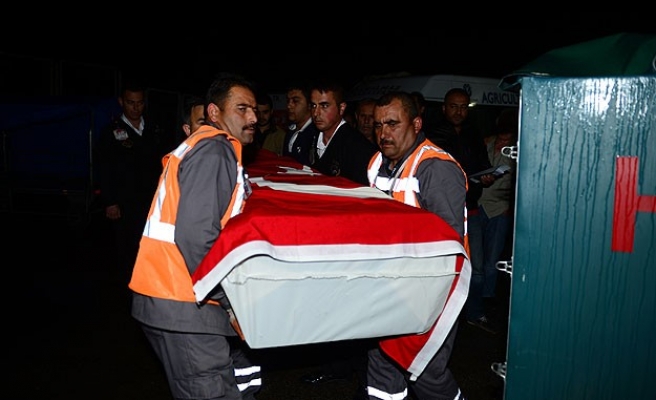 The corpses of three Turkish engineers killed in a suicide blast in eastern Afghanistan have been brought to Istanbul on a Turkish Airlines charter plane.

The aircraft carried the dead bodies on Thursday of Umit Unal, Halil Gul and Fuat Tas - who died in the attack in the Afghan city of Jalalabad city in the Ningrahar province on Monday - from Kabul International Airport to Istanbul's Ataturk Airport.

Unal's body was taken to the Istanbul Forensics Department while the bodies of Gul and Tas will be later transferred to their hometowns in Kayseri and Ankara, respectively.

Following the suicide attack, Taliban spokesperson Zabihullah Mujahid denied that the group was behind the bombing, saying it would never carry out such an attack as they "loved Turkish people" who are of the same religion as Afghans.

No other group has yet claimed responsibility for the attack.

The three engineers, along a fourth person who was wounded, were working for a construction company building a logistics facility for the Afghan National Police in Behsud district, Ninghrahar's governor Ahmad Zia Abdulzai told Anadolu Agency.