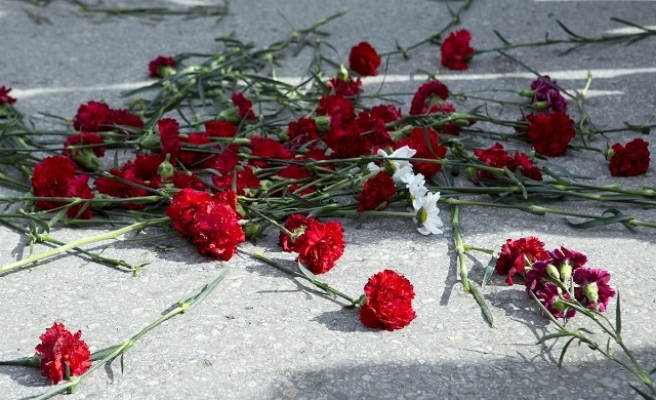 Thousands of people on Sunday attended a rally in Ankara under heavy security to remember the at least 95 people killed in twin bombings in the Turkish capital, an AFP correspondent reported.

The demonstrators filled Sihhiye Square in central Ankara, close to the site of Saturday's blasts outside the city's train station, with some shouting anti-government slogans.

The rally was called by labour unions, leftist groups, NGOs and the pro-Kurdish Peoples' Democratic Party (HDP) -- the same groups that had called the peace rally targeted in Saturday's attack.

The government has ridiculed suggestions it could be implicated in the bombings.

HDP leader Selahattin Demirtas, speaking to the rally, reaffirmed his party's claim that 128 people were killed, far higher than the official toll of 95 dead.

"Our hearts are burning. As of now, we have lost 128 of our comrades," he said, speaking from the top of a truck.

Demirtas said that rather than seeking revenge people should aim to end Erdogan's rule, starting with November 1 legislative elections.

"We are not going to act out of revenge and hatred. But we are going to ask for (people to be held to) account," he added.

"November 1 is the first step towards that. What you are waiting for is November 1, this is when we start the work to topple the dictator," he said.