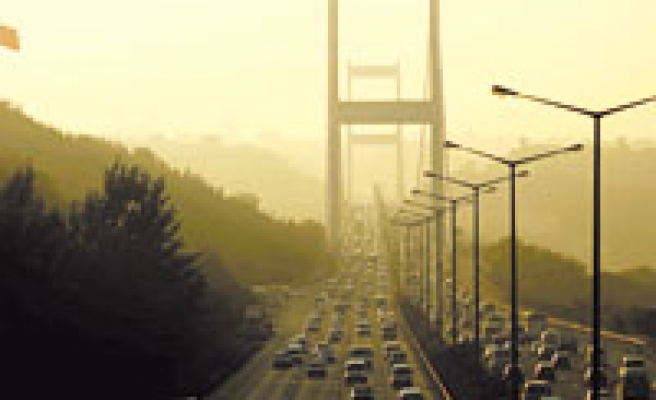 A truck carrying stationery was travelling to Ankara when a package of utility knives spilled out on one of Istanbul’s busiest roadways, the Halic Bridge.

Around 40 cars had their tires damaged by the whirling metal. There were no reports of any deaths of injuries.

Some drivers who lost only one tire were able to continue but others had to wait on the highway for road aid teams.

One member of a road aid team which attended the scene said that he had yet to see such an accident in his 35 years’ experience.

“We came here to help but we were puzzled as to what to do. There were even cars with four tires blown out. Some of them have two tires blown out. You can change one with a spare tire but what can we do for the other one?” he said, according to local newspaper Hurriyet.