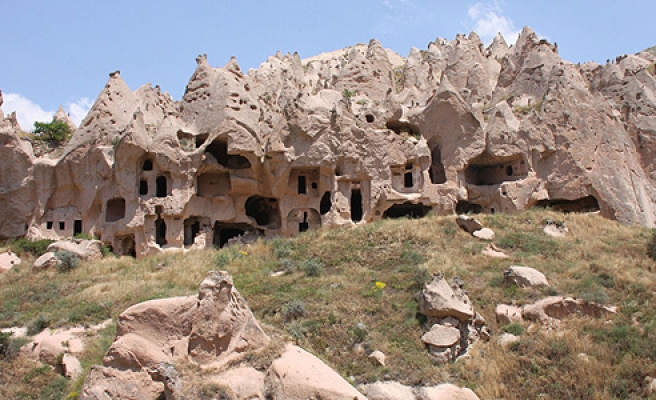 Cappadocia's facilities are 80 percent full due to autumn crowds at one of Turkey's most important tourism centers.

2.5 million tourists annually visit Cappadocia, renowned for its “fairy chimneys,” rock-hewn churches, underground cities and hot air balloon tours. The crowds of tourist are streaming in as the season for cultural tours has begun.

The Goreme Open Air Museum where numerous churches can be found is one of the key places of interest for tourists.

The approximately 94 thousand domestic and foreign tourists who visited the open-air museum in September could stroll around with valley tours, on horseback or on foot.

Nevsehir Guides Chamber Chairman Sami Yilmaz told an AA correspondent that the Cappadocia region receives the most tourists in the months of April, May, June, September and October.

Noting that high levels of tourists continue until the middle of November, Yilmaz explained that numbers decrease in summer due to high temperatures.

Yilmaz added that the region was very popular among Japanese tourists, who visited all 12 months of the year.

"99 percent of the Japanese who visit Turkey won't leave without seeing Cappadocia,” he said.

He added that visitors from Far East countries such as South Korea, China and Taiwan were also common.