Championship over for Lebanon after 84-66 defeat by Lithuania 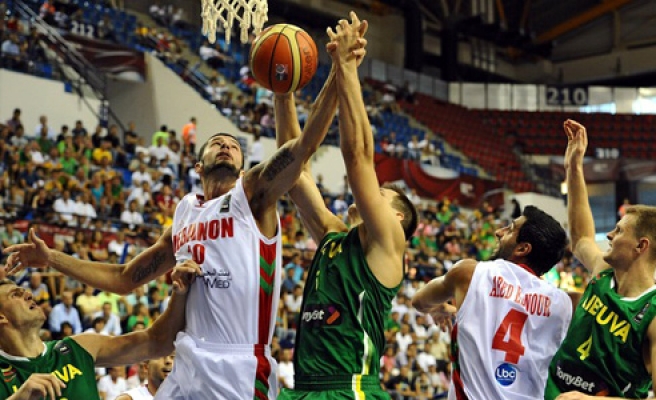 The coach of the Lebanese national basketball team said on Thursday that he believed his team played well in the ongoing world championship in Turkey.

Coach Tab Baldwin told reporters that the championship was over for Lebanon and expressed deep sorrow.

"The team had problems in ensuring motivation in its recent game," Baldwin said.
Baldwin's remarks came after Lebanon was defeated by Lithuania 84-66 in a Group D game of the FIBA 2010 World Basketball Championship in the Aegean province of Izmir earlier on Thursday.

Thus, Lebanon could not qualify for the upcoming round.

Moreover, Lithuania's coach Kestutis Kemzura said that Lebanon played well and his team was astonished in the first half and had a concentration problem.

Kemzura said Lithuania had hard time due to Lebanon's defensive tactics, but in the end it won the game by pressing more on the rival team.

Lithuania gained all of the five games it has played in Izmir since the championship began on Saturday.

Kemzura said the team should from now on forget about the previous games and get prepared for the upcoming game.

Lithuania defeated Lebanon 84-66 in a Group D game in Izmir.