28 years after the nuclear disaster of Chernobyl in Ukraine, possibly harming thousands of people, disputes continue in Turkey about how many people have been affected by the radiation exposure. 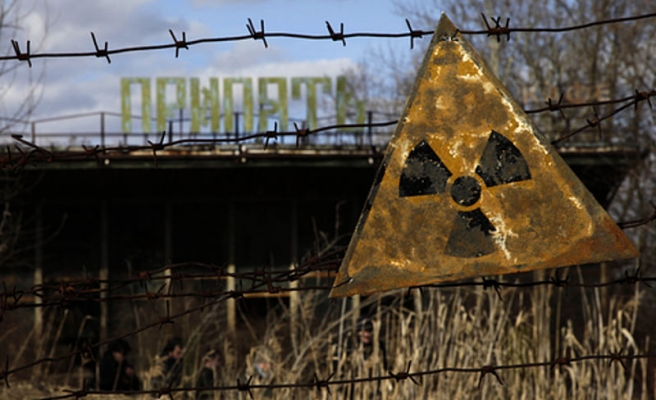 The fish were radioactive. So was the water. People couldn’t even drink tea. Or so they thought.

People on Turkey's Black Sea coast say that, after the Chernobyl nuclear meltdown on April 26 1986, cancer cases boomed and the incidence of goiter increased considerably.

Officials in Turkey, on the other hand, are still divided on the health effects of the disaster. But one thing is beyond dispute: When one of four nuclear reactors at the Chernobyl power station in Ukraine exploded early that morning 28 years ago, the plant released at least 100 times more radiation than the atom bombs dropped on Nagasaki and Hiroshima in World War II.

After the accident, traces of radioactive deposits were found in nearly every country in the northern hemisphere. Ukraine was especially affected, of course, as were Belarus and Russia.

But beyond those, the contamination affected some areas of the world more than others, due to wind direction and rainfall – rain that washed the radioactive dust out of the air and onto roofs, people, land and sea.

The northern Turkish cities of Trabzon, Rize and Artvin on the coast were thought to be among the areas worst affected, as it was especially rainy in April. Locals warned each other to be careful about everything they ate and drank, especially black tea and nuts, which are much grown in the Black Sea region.

But government officials like Cahit Aral, who was then Turkey's industry and trade minister, took a different view. There was no radiation in agricultural products, he said.

"There is no radiation in the tea,” he said, drinking some in front of journalists to prove his point. “It is harmless."

Dogan Akyurek, who was the country’s environment minister, went so far as to rub tea on his face in an effort to reassure people.

But locals were unimpressed.

"We were told that you shouldn't eat fish for a long time,” said Ibrahim Bal, who was living in the northern Turkish city of Trabzon at the time of the meltdown.

“Farmers were not able to grow tea and nuts for a while. People were scared of buying even one piece of bread in Hopa, Artvin,” he said, referring to other northern Turkish cities. “They were affected this much."

And it is not only locals who felt that way. Some experts did, as well.

Angelika Claussen, a German physician and a member of International Physicians for the Prevention of Nuclear War, says the Turkish officials were being irresponsible.

"I cannot understand how government officials could advocate that people drink tea grown on the Black Sea coast,” she said. “It was a crime."

People who live on Turkey’s Black Sea coast believe that exposure to radiation caused many deaths from cancer. One example, they say, is the musician and folk singer Kazim Koyuncu, who was born in northern Turkish city of Artvin.

Nor, people say, is he the only example.

"In my family, there is one person who died of cancer at 22,” Huseyin Ayaz, vice president of the Trabzon Federation of Associations, told Anadolu Agency. “My father passed away at 57 after he was diagnosed with cancer. And my brother is receiving cancer treatment now."

"When I didn't find any data about deaths from governmental sources, I went to cemeteries and counted number of deaths and researched the cause of deaths. I learned that 60 percent of them passed away from cancer," Ayaz said.

"There are my cousins, who died of cancer in their 40's,” Bal said. “Goiter cases also increased in the region considerably. My wife is also has a goiter," Huseyin Bal, a local said.

A goiter is a swelling of the neck often associated with iodine deficiency. But, according to Britain’s National Health Service, goiters can also be caused by exposure to radiation.

And some experts believe the illness and death caused by the Chernobyl accident are not a thing of the past.

"The effects of the disaster continue,” said Gulcin Sahin, an official with the environmental group Greenpeace. “This disaster did not only affect Russia and Europe, but also Turkey. Diseases and deaths because of radiation exposure will resume."

There is no figure of people who lost their lives because of exposure to radiation from Chernobyl. But many people in Turkey wonder if cancer in the country increased after the disaster.

According to the latest report by the Turkish Health Ministry, the answer is yes: The cancer rate has increased in recent years. The report says that in the 1970s cancer ranked fourth in the known causes of death. Now it ranks second.

But the ministry says the increase is not directly linked to Chernobyl.

Instead, the most important reasons for the rise in cancer cases are an increase in smoking, malnutrition and other environmental factors, the report says. It also stresses that the increase is not exceptional when comparing Turkey to other regions.

However, cancer in declining as a cause of death in some places. A 2014 report by the American Cancer society said the death rate from cancer had declined 20 percent in the U.S. over the past two decades.

On Saturday, the 28th anniversary of the disaster, people will gather in the northern Turkish city of Sinop to demonstrate and in the Kadikoy district of Istanbul to demonstrate against nuclear power.