Coach Bob Donewald said China had realized its shortcomings in its first match against Greece in Group C. 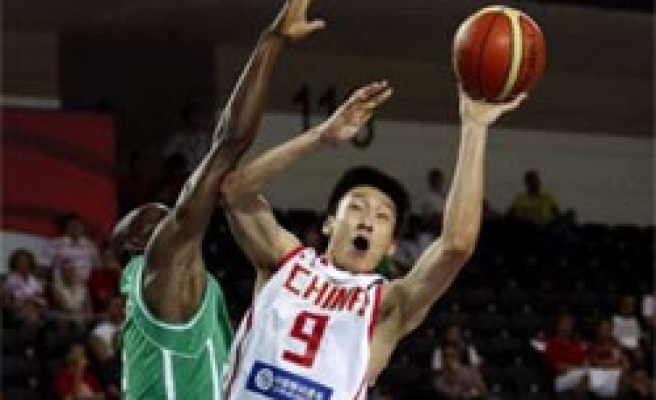 The coach of Chinese national basketball team said on Sunday that his team had eliminated its deficiencies in its second game in the FIBA 2010 World Basketball Championship against Ivory Coast.

Coach Bob Donewald said China had realized its shortcomings in its first match against Greece in Group C.

"We have eliminated our deficiencies in our second game against Ivory Coast," Donewald told a press conference in Ankara.

China defeated Ivory Coast 83-73 in Group C game of the FIBA 2010 World Basketball Championship in the Turkish capital of Ankara earlier on Sunday.

Donewald said they would play their third match against Puerto Rico, and defined that team as young and fairly strong.

China's star play Yi Jianlian said they had played so well against Ivory Coast, and this was what they had to do in upcoming games.

Ivory Coast's coach Randoald Dessarzin said his team lost the game it had supposed to win, and the team could not challenge against tall players of China.

This is Ivory Coast's second defeat in the championship that began on Saturday. Turkey slammed Ivory Coast 86-47 in their first game in the Group C.